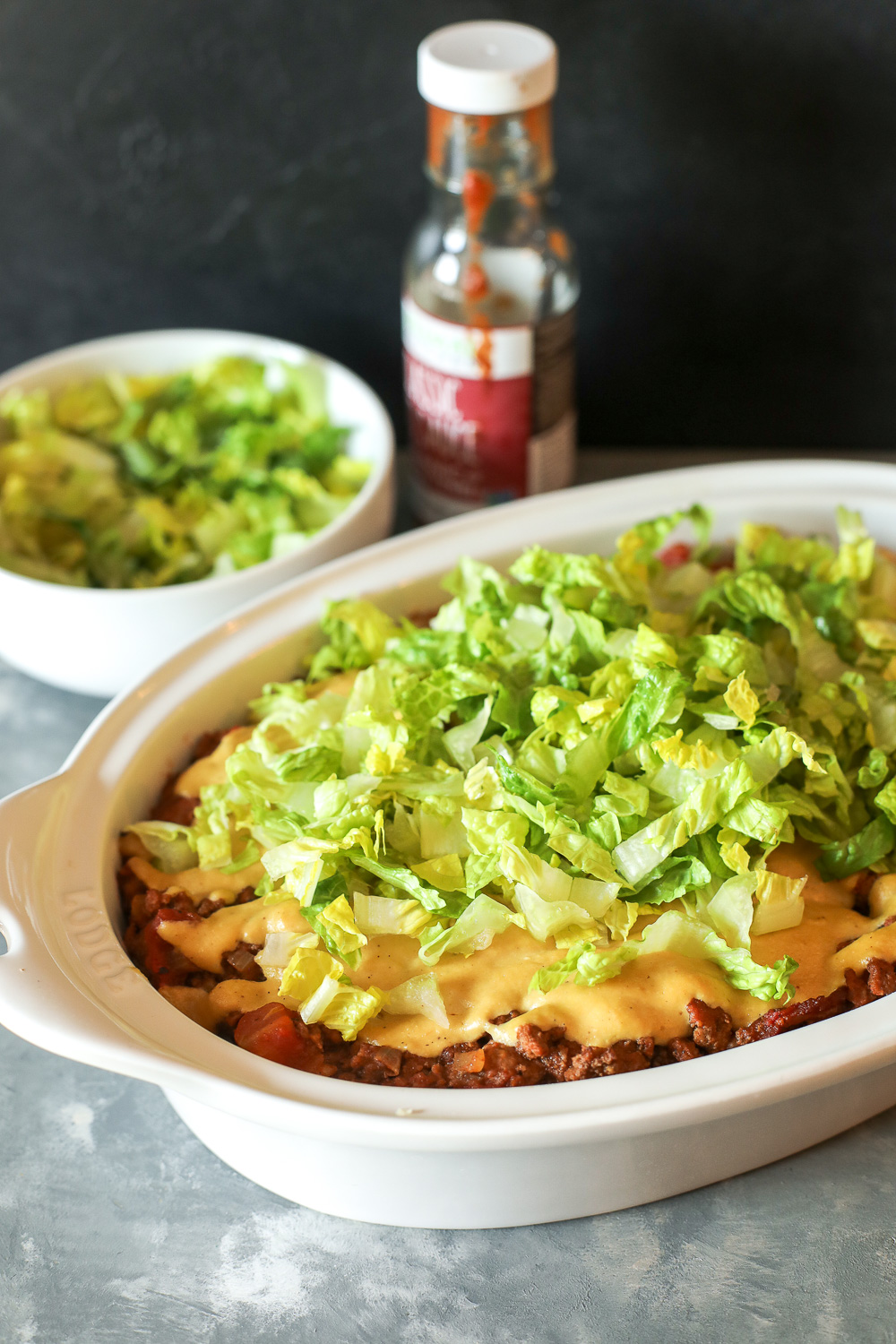 Earlier this month I shared a recipe for a Whole30 Cheeseburger Casserole and it went CRAZY on the interwebs.  It’s easy to make and tastes like a classic in n out burger (the best burgers ever).  So then I thought up the next best burger – BBQ Bacon!! Ideally this would also be covered in onion rings but in an effort to make this an easy meal, I left the off.  Now tell me, you’ve had a Western Bacon Cheeseburger from Carl’s Jr right?  That is the vibe i’m going for here and it nails it.  You can use any BBQ sauce if you don’t mind it not being Whole30 but if you do want it Whole30 then you can use Primal Kitchen’s BBQ sauce!  If you don’t mind a little added sugar, I love Stubb’s BBQ sauce because they have simple ingredients and lower sugar than most.  So if you are a BBQ burger lover – make this and you’re whole family will be SO pumped!

You can use iceberg or romaine to top this bad boy! 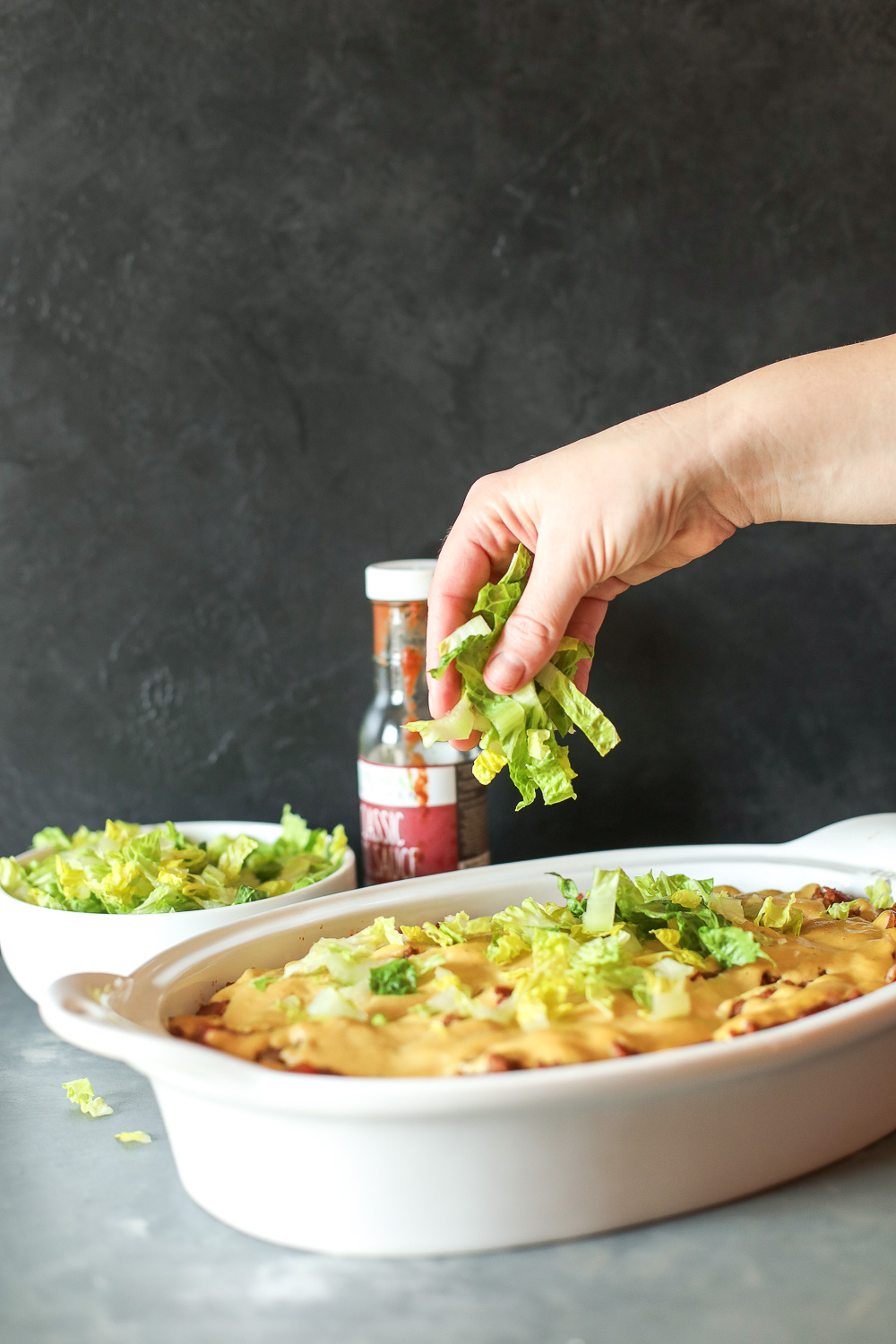 How great does this look?!

Pin the image below to save this Whole30 BBQ Bacon Cheeseburger Casserole recipe for later!

Lemon Rosemary Chicken & Asparagus Skillet
Scroll to top
Your information will *never* be shared or sold to a 3rd party.