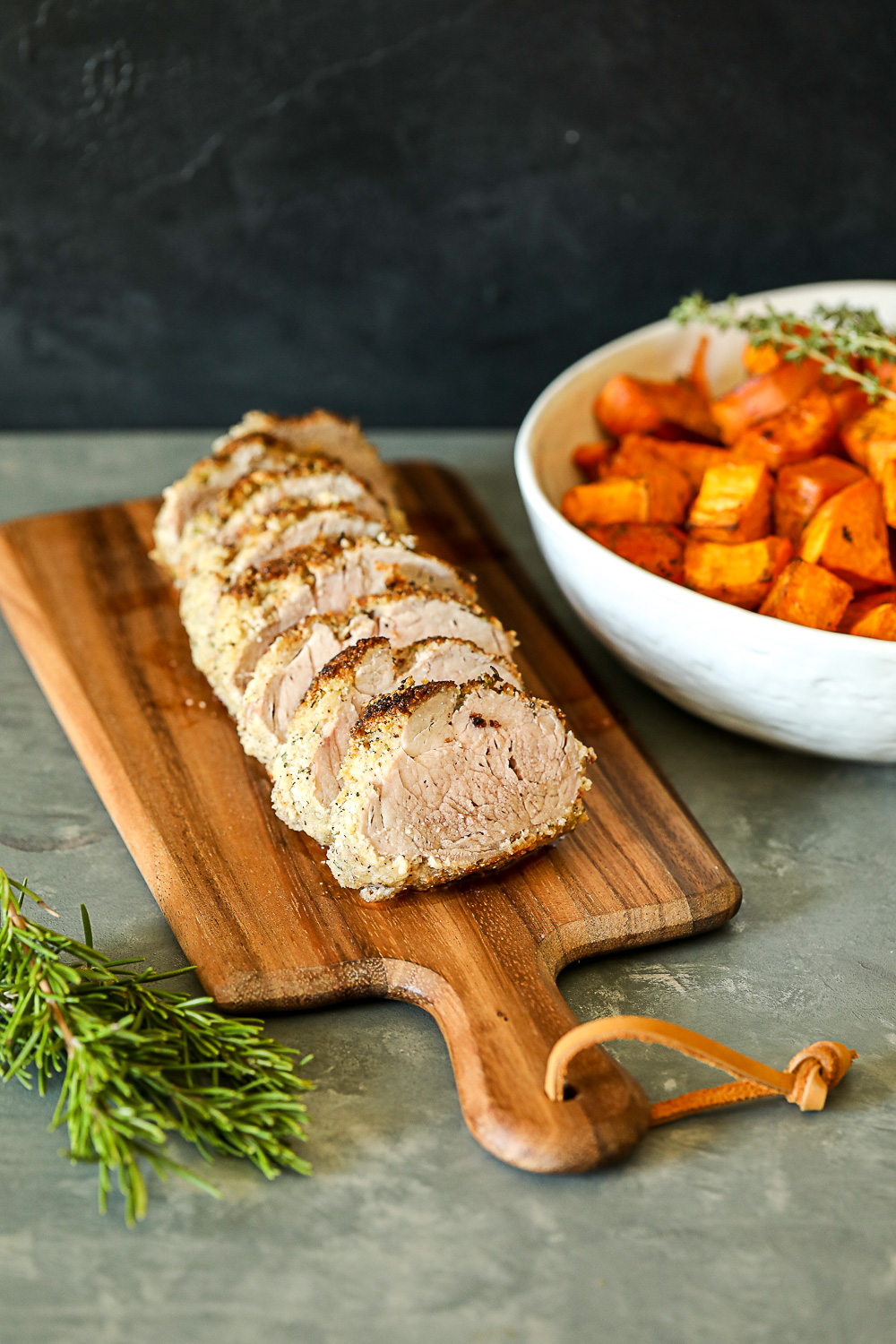 A few years ago pork tenderloin was in our regular rotation because it is lean and usually pretty cheap. But way too often it would end up dry!  Well once I learned that breading it lightly, searing, then finishing in the oven made it soooo moist and delicious, we got super obsessed.  Then we overloaded and haven’t bought it in SO long.  That is until recently when I made this Garlic Rosemary Crusted Pork Tenderloin and I was reminded how incredible it is! Now it’s going to be finding it’s way back into the rotation and I am pretty pumped about it.

In the last few months between cookbook writing, getting pregnant, then having a miscarriage, traveling a ton, and running after Ruthie, our usual weeknight dinner routine has been not so routine!  There have been lots of frozen pizza nights, pasta nights and one too many take out nights, but that is changing this week.  I am already back on a good routine of prepping some food when I can and not completely leaving vegetables out and it gets me very excited and happy.  Nothing feels better than being in a good routine right?!  And now is the time of year I crave routine because there are so many more events and fun going on on the weekends.  So if you happen to be in that stage of life right now too, let’s turn this bus around and take just a little extra time and energy each day to fuel ourselves! 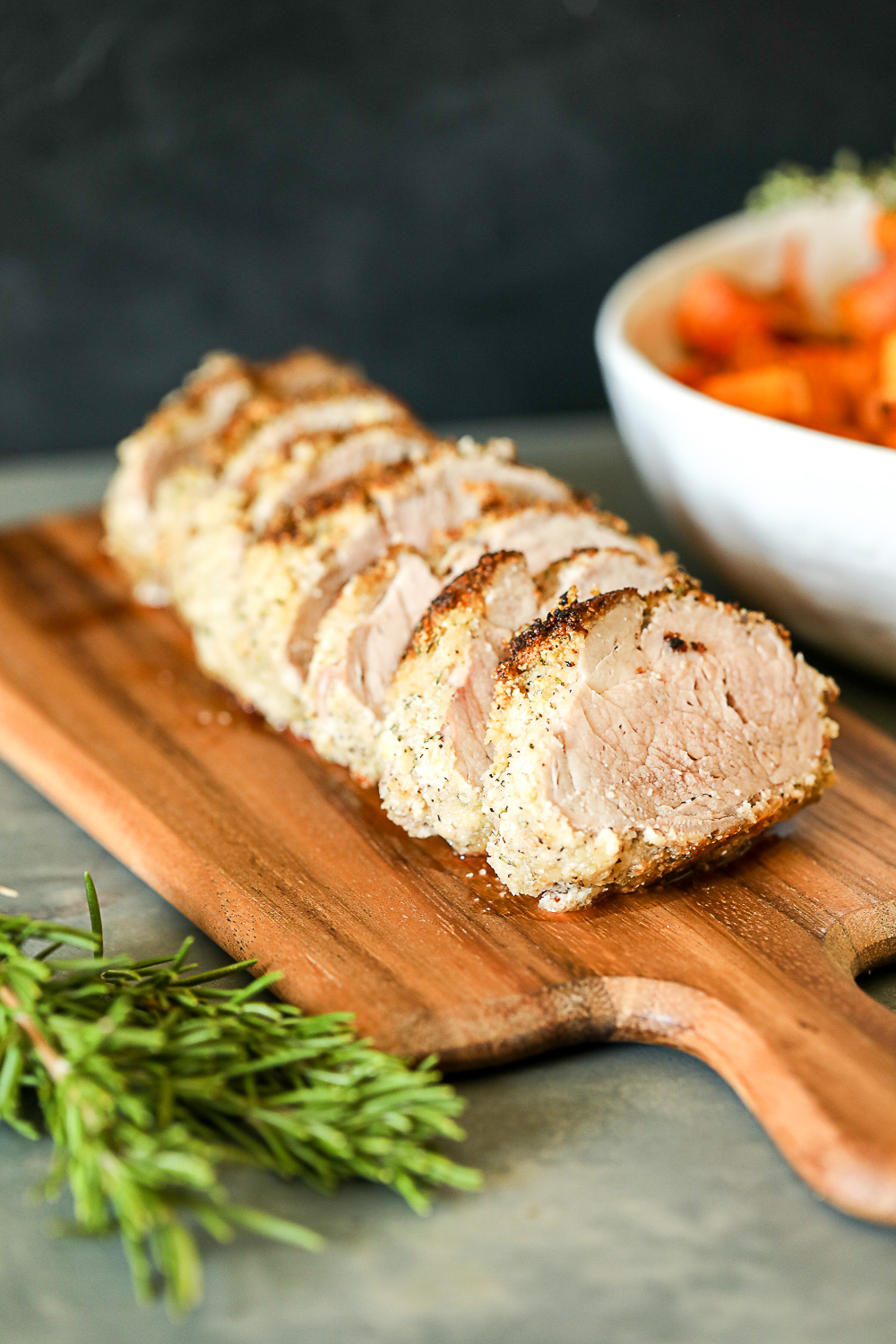 I just love anything rosemary and it goes so well on pork! 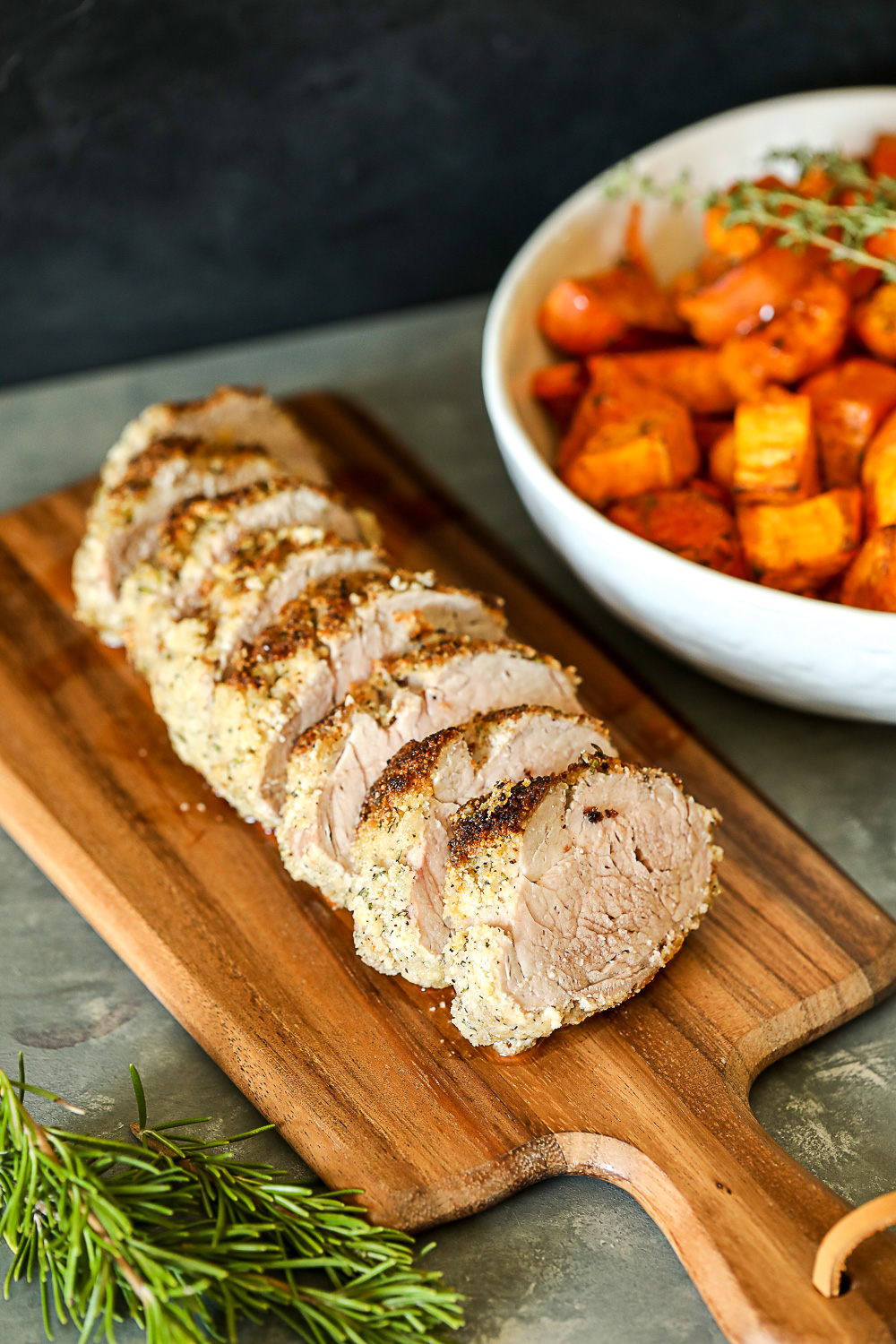 Pin the image below to save this Garlic Rosemary Crusted Pork Tenderloin recipe for later!

Maple Thyme Roasted Sweet Potatoes
Scroll to top
Your information will *never* be shared or sold to a 3rd party.