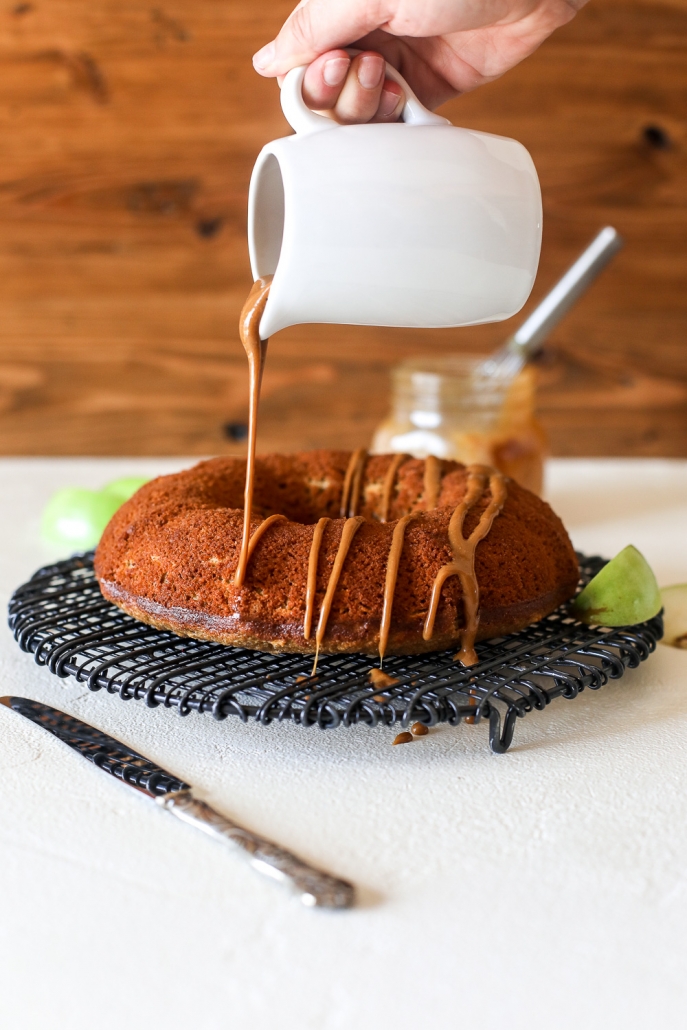 It’s apple season baby!  I love apple and apple spice things more than pumpkin… yes I said it!! I do love pumpkin but apple just wins if there was ever a competition.  Luckily we don’t have to choose and we get to eat all the things.  Best part about apple is that is goes really well with caramel.  Any excuse to make caramel is just fine by me!  I made a coconut sugar caramel but then because I really wanted a glaze on here I added some organic powdered sugar to the mix too and it was perfect.  Like SO SO good you will want to glaze everything with this stuff.  I gave Ruth a piece of the cake yesterday to be an official taste tester and she devoured it in about 5 seconds.

Ruthie is becoming such an awesome little eater and just loves food. Not all food and veggies are still tough, but she loves tuna and plain greek yogurt so i’ll take it! She also with eat almost anything that is dipped in a delicious sauce like ranch or bbq sauce.  And she doesn’t even have to know that the ranch and bbq sauce we buy is usually paleo! 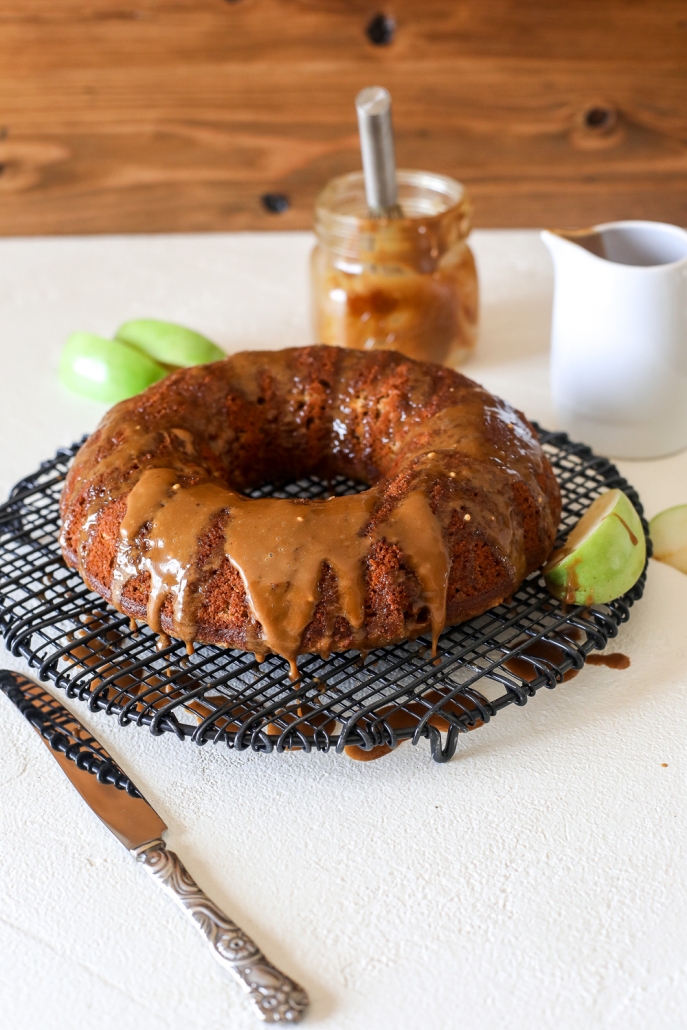 Honestly I ate a spoonful of this glaze and I don’t feel bad about it!

If you love this recipe, here are a few other similar ones: 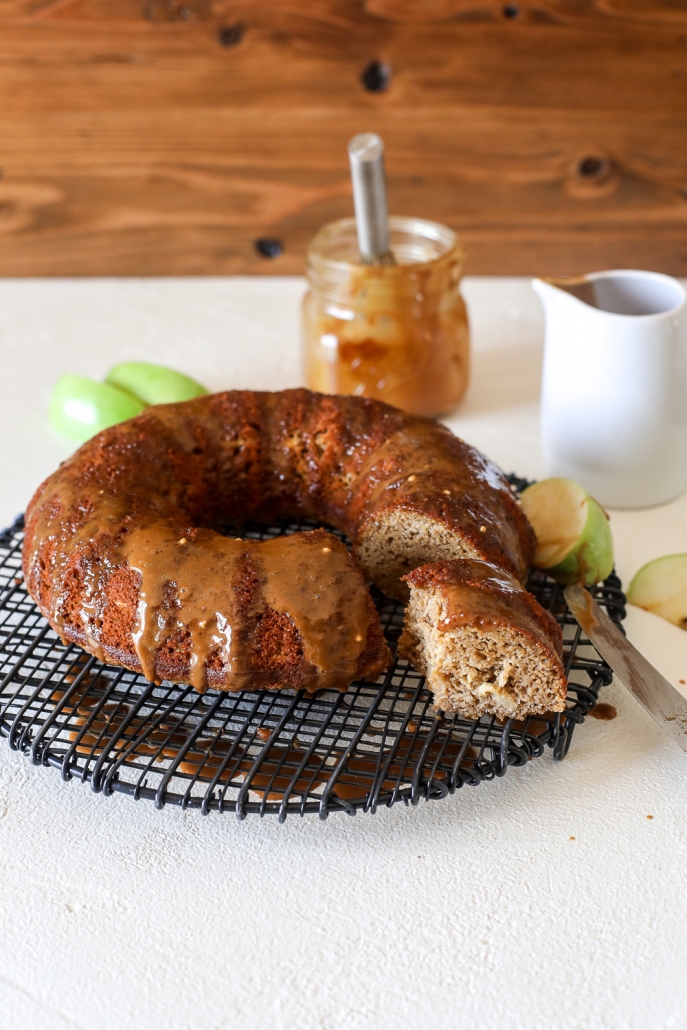 Pin the image below to save this Apple Cake with Salted Caramel Glaze recipe for later!

We are participant in the Amazon Services LLC Associates Program, an affiliate advertising program designed to provide a means for us to earn fees by linking to Amazon.com and affiliated sites.
dessert Diet Holiday littlebitsof Meal oven paleo Recipes thanksgiving