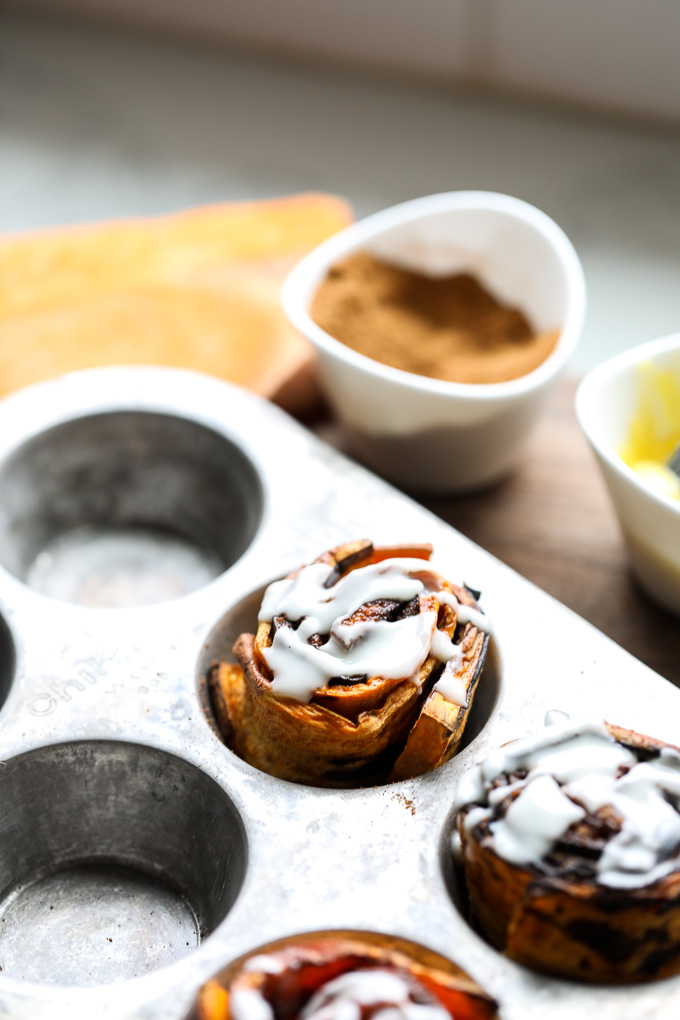 DAY 4!! How are you guys liking Sweet Potato Toast week?  I love this week because it not only challenges me to come up with new ways to enjoy SPT but I also hope it encourages YOU to think outside the box when it comes to cooking.  There are probably millions of ways to eat a sweet potato and I think it is pretty cool how the world is changing to fit more veggies in any way we can.  Who would have thought five years ago that we would easily find cauliflower rice in most grocery stores?? I think that is pretty awesome.  But onto this recipe!  Sweet Potato Toast Cinnamon Rolls!! So easy and SO FUN. A little ghee and a little cinnamon coconut sugar go a long way to make these rolls of deliciousness.  I also drizzled on coconut butter at the end for an icing effect and it was epic.

Day 4 leaves me with few words so I will let the recipe speak for itself today!  I took step by step photos for you to see exactly how it was done – enjoy!! 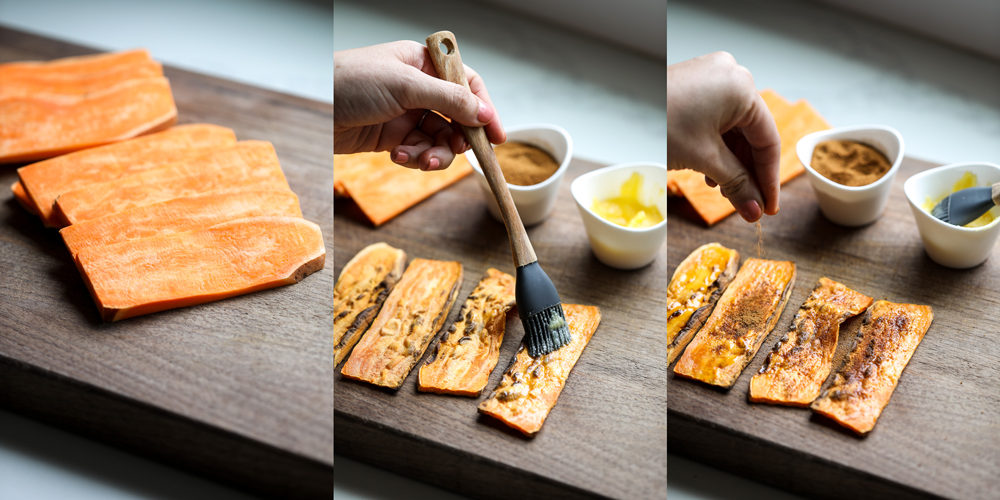 The stack and roll is key!! 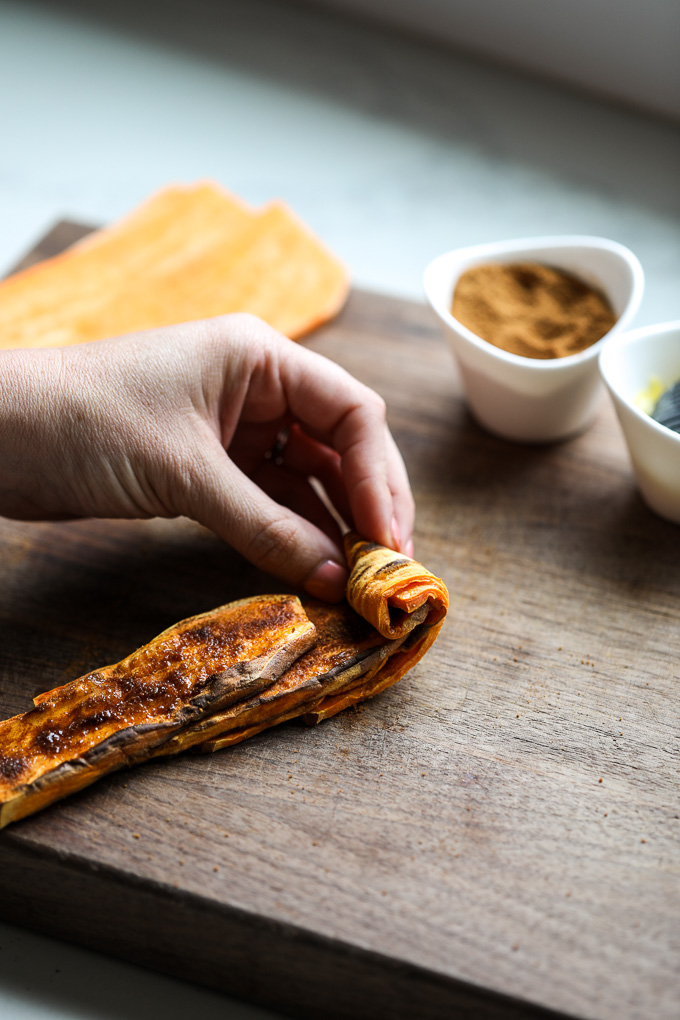 More ghee because, why not? 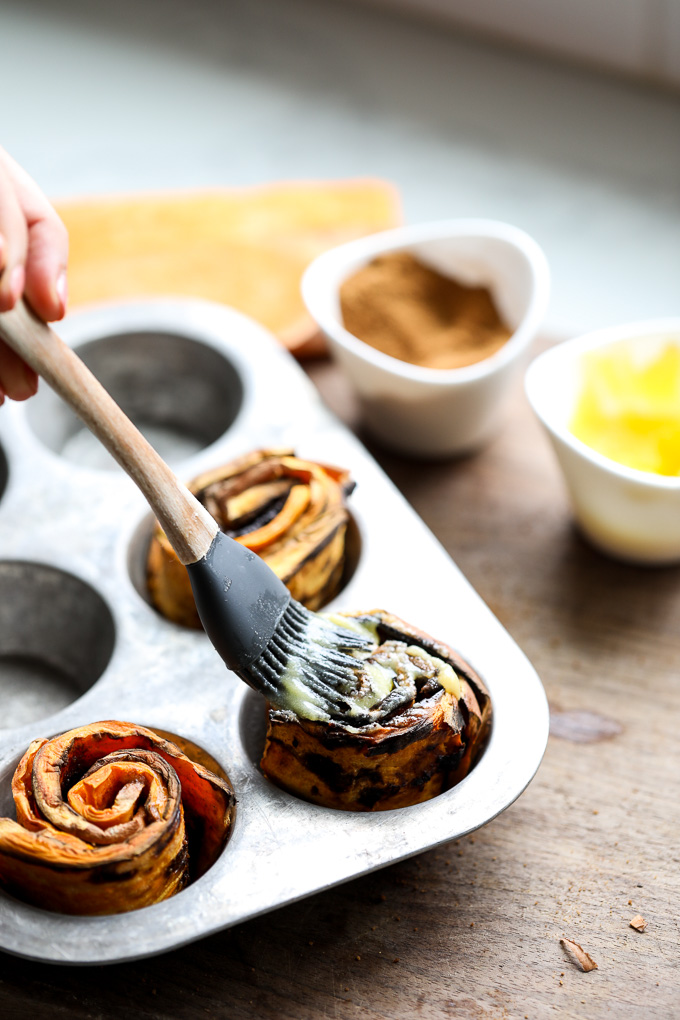 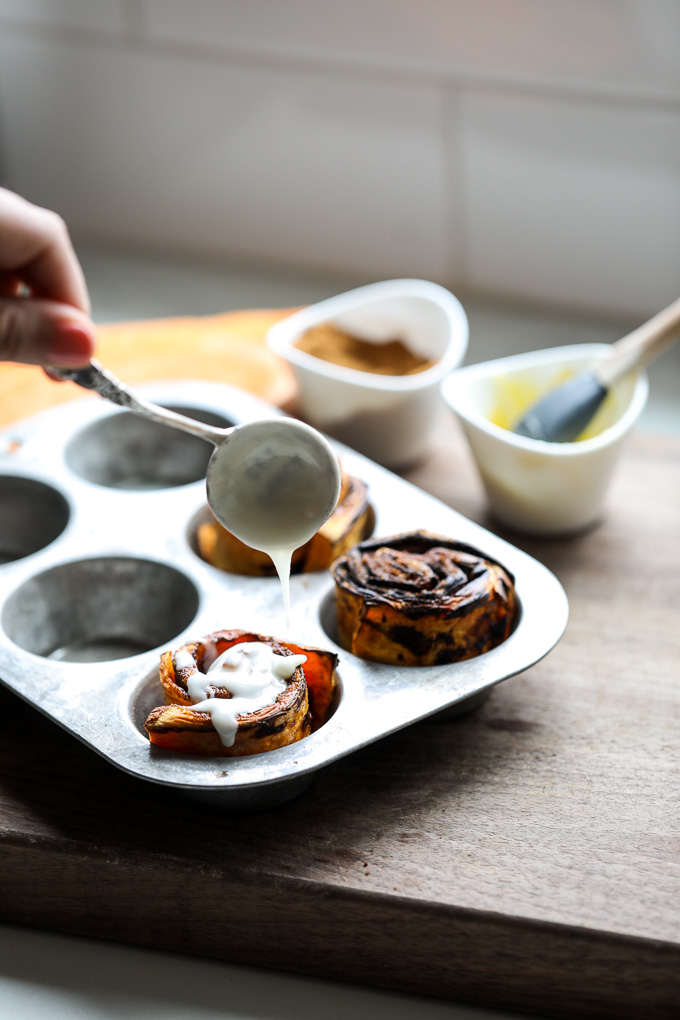 How fun are those layers? 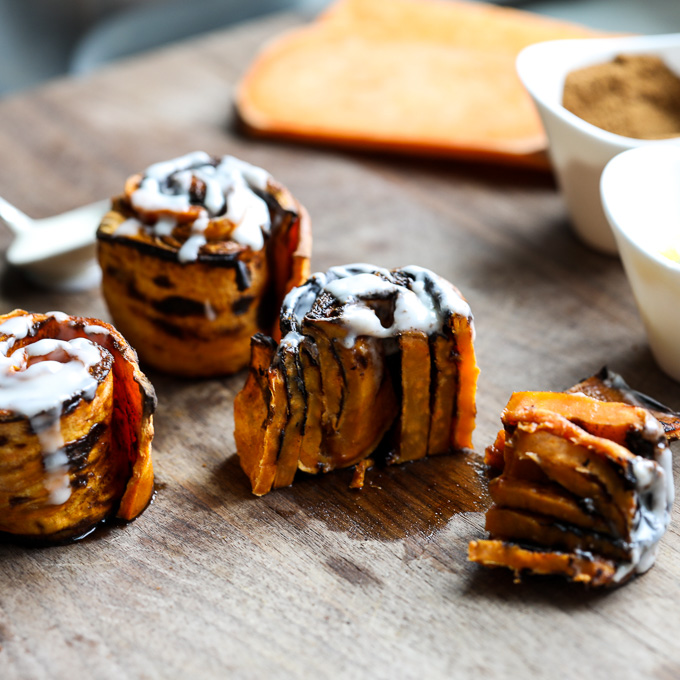 Pin the image below to save this Sweet Potato Toast Cinnamon Rolls! 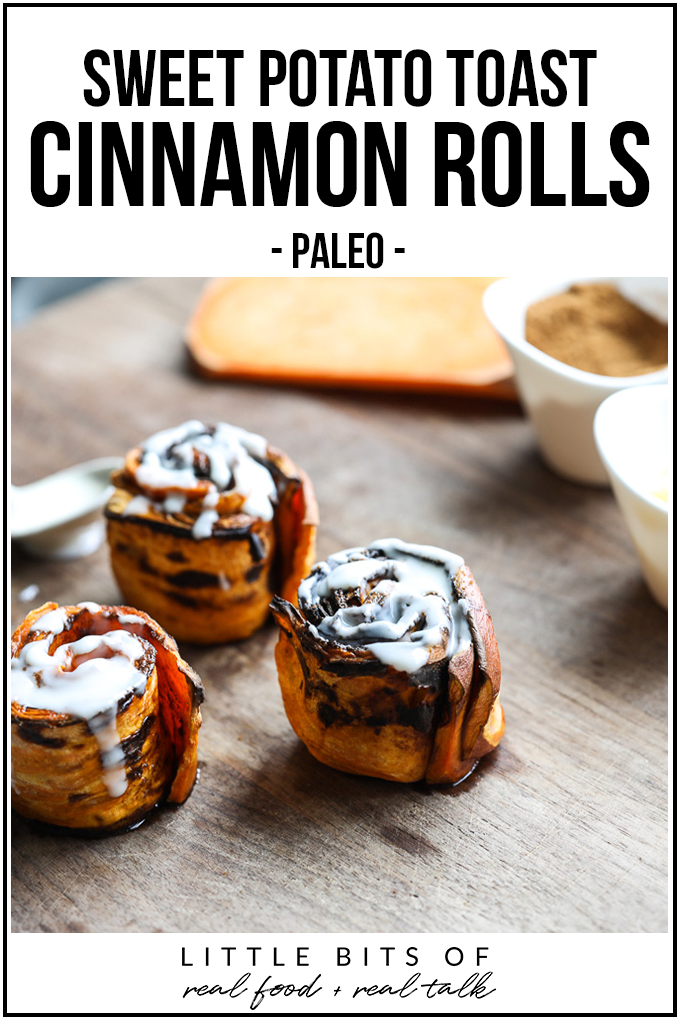 How to make Sweet Potato Toast:

We are participant in the Amazon Services LLC Associates Program, an affiliate advertising program designed to provide a means for us to earn fees by linking to Amazon.com and affiliated sites.
breakfast dessert Diet littlebitsof lunch Meal paleo Recipes vegetarian