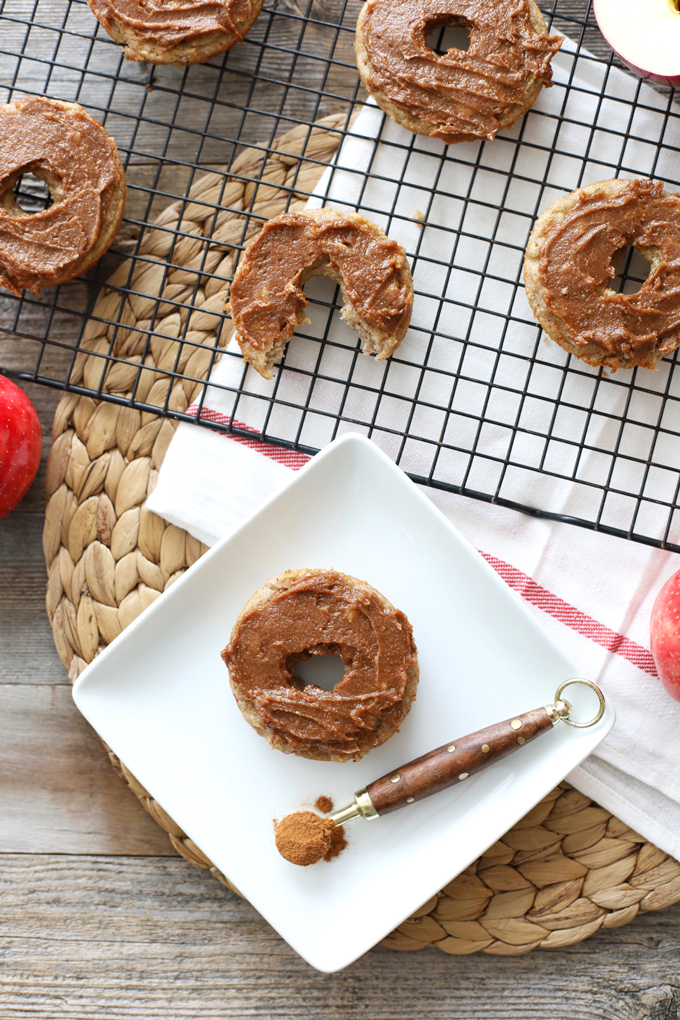 It’s time for donuts and more importantly time for apple spice!! Pumpkin gets all the dang glory during fall and my favorite little apple gets hardly enough love.  So I threw together some tasty Paleo Apple Spice Donuts so we could all enjoy!  First things first – do have a donut pan?  If you don’t, I highly recommend getting one so you can make all the healthy donuts! My lemon blueberry donuts are also killer so you already have some options.  I think I need to make a chocolate peppermint one for December… thoughts?!  As far as donuts are concerned, maple has always been my number one.  And sadly, I have tried to make them taste like they do in the donut shop with real maple syrup and it just doesn’t happen.  BUT – if you get the “maple extract” from the store – that totally works and tastes just like it.  But ya know chemicals and such… I would rather just go have the real maple one than try to figure it out myself!

Okay I feel like second paragraphs are for life updates -right?  Not too much to report here other than I am getting started on my second ebook!! I have just gotten such a great response from my Love Your Veggies eBook that I knew I had to get started on another. One hint – it’s not just veggies this time! Hoping I can get that out in January but we will see!  I also feel like I should mention that it is Sadie’s 4th birthday today!! If you don’t know Sadie she is our dog and she is the cutest nugget (besides when she is barking at everyone and thing that passes our house).  So Happy 4th Birthday Sadie, we love you!! Yes, she reads my blog.  Okay let’s dive into these donuts shall we? 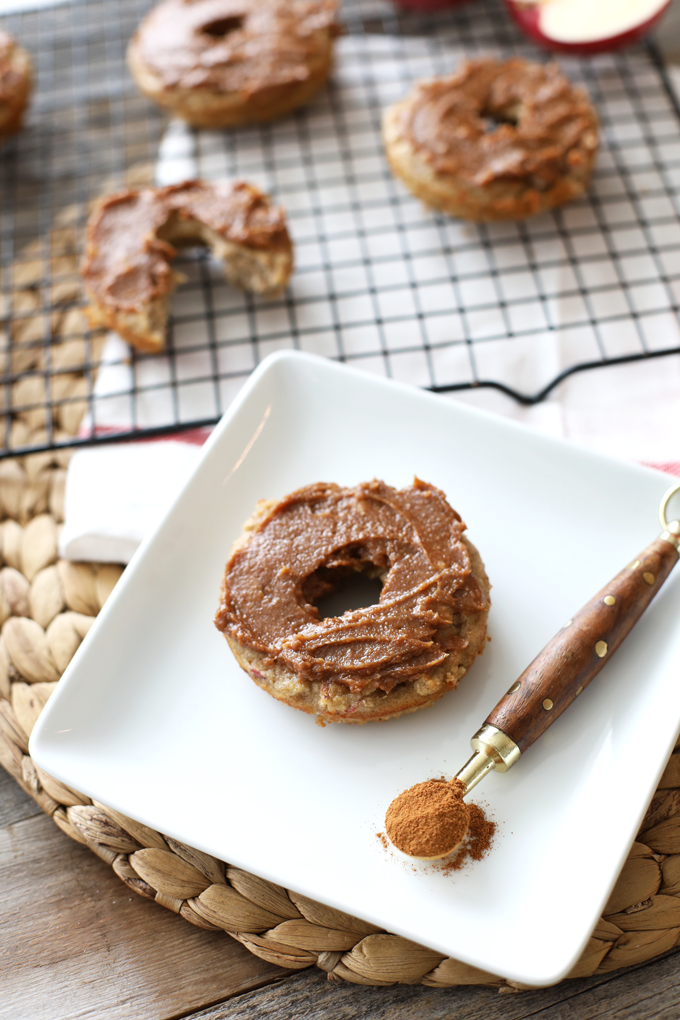 The frosting will for sure make you weak int the knees – trust.

Donuts at home, we are big fans so here are a few more!! 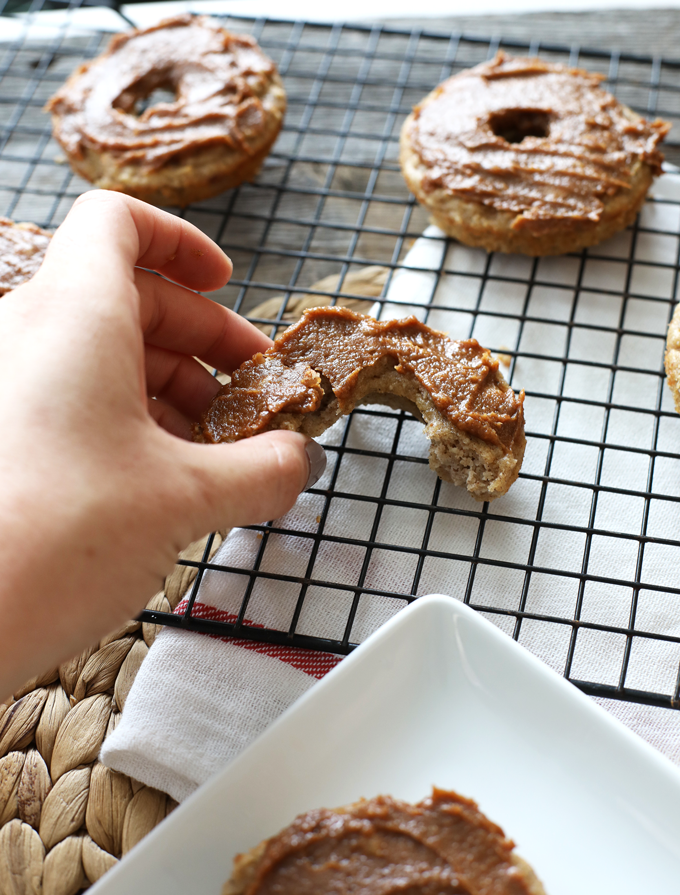 Pin these Paleo Apple Spice Donuts to save them for later!

We are participant in the Amazon Services LLC Associates Program, an affiliate advertising program designed to provide a means for us to earn fees by linking to Amazon.com and affiliated sites.
breakfast dessert Diet Meal oven paleo Recipes vegetarian