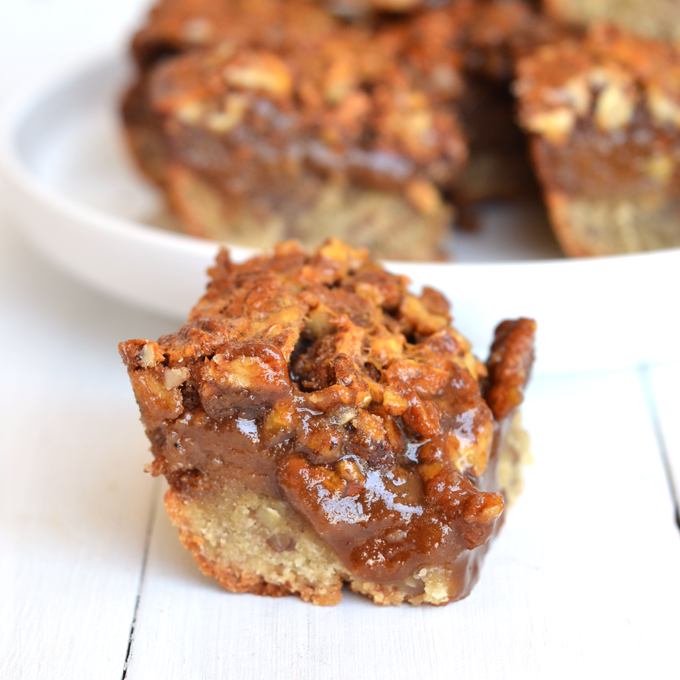 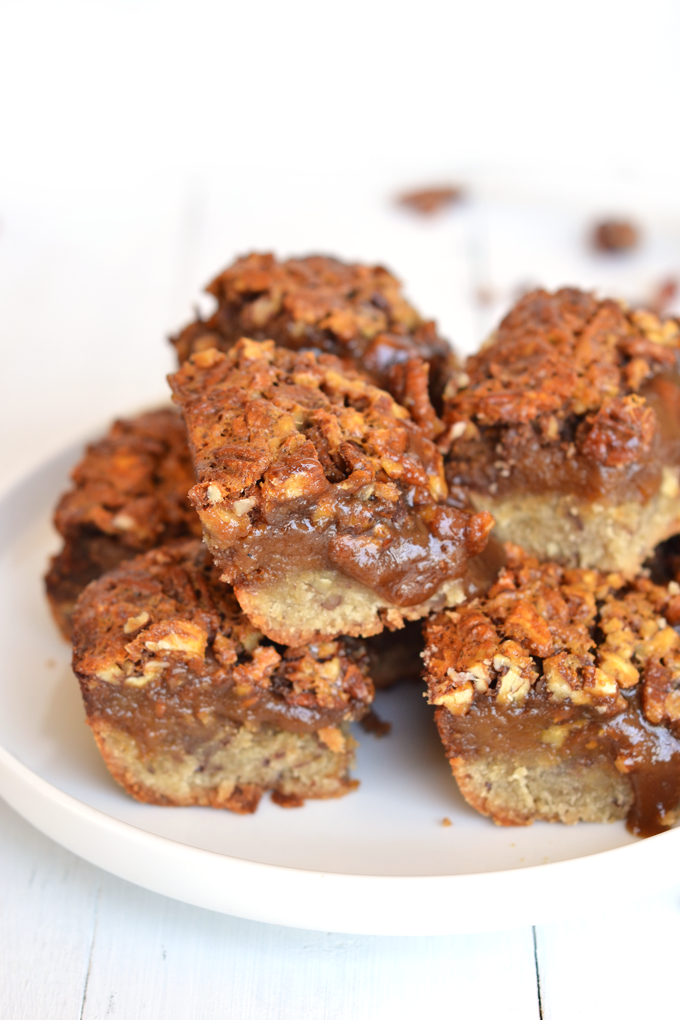 This post goes out to my favorite lover of everything pecan!! My dad!! 🙂  He absolutely loves pecan pie, pecan bars, pecan everything!!  So I set out to make a healthy version of his favorite cinnamon pecan pie bars.   The first big thing to get past is that the main ingredients of the common pecan pie is corn syrup.  You probably know this but corn syrup is not so great for you.  But I found a great alternative to the situation – Brown Rice Syrup!  This stuff is a sweet syrup that is made from brown rice which makes it gluten free.  So that was the biggest step.  The crust is totally grain free and consists of good stuff like almond flour, pecans, egg, maple syrup and coconut oil!  All good nourishing food that comes together for a super moist shortbread like crust.

I want to make you a promise right now.  I promise that if you make these bars and bring them to friends, they will have no idea they are healthy.  I brought leftovers of my second batch to work and everyone loved them!  They couldn’t believe they were healthy and let’s be honest, that’s kind of the point right?  So make these Pecan Pie Bars and get ready for fall.  Because even though it will still be hot for another 2 months – you better believe fall is coming to every food blog near you!  HAPPY SEPTEMBER!!! 🙂 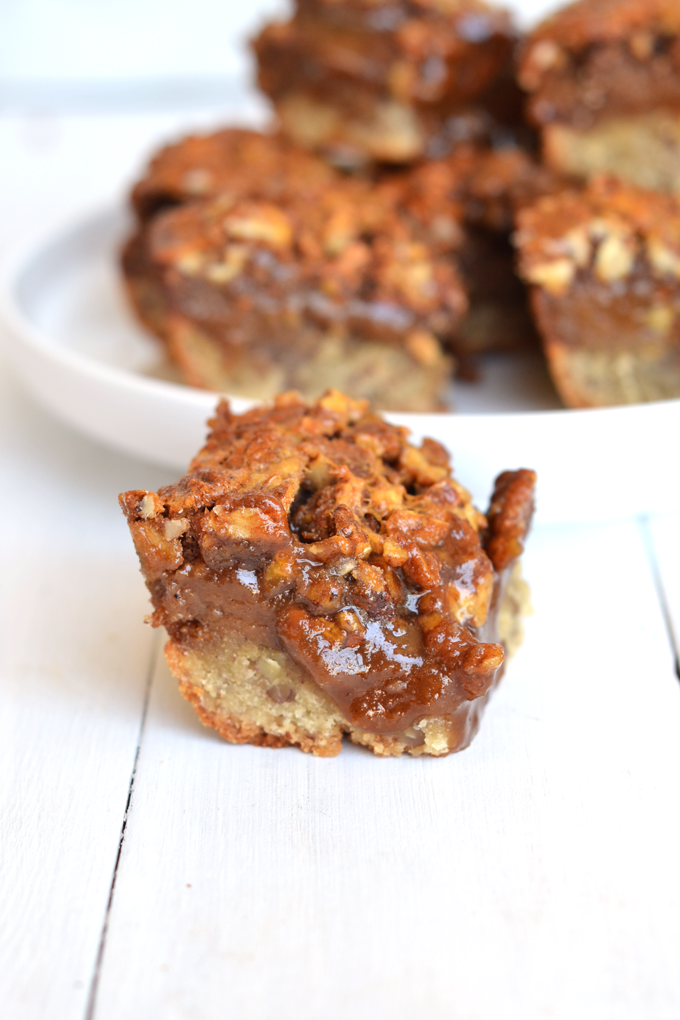 This plate was dangerous.  I ate a lot. 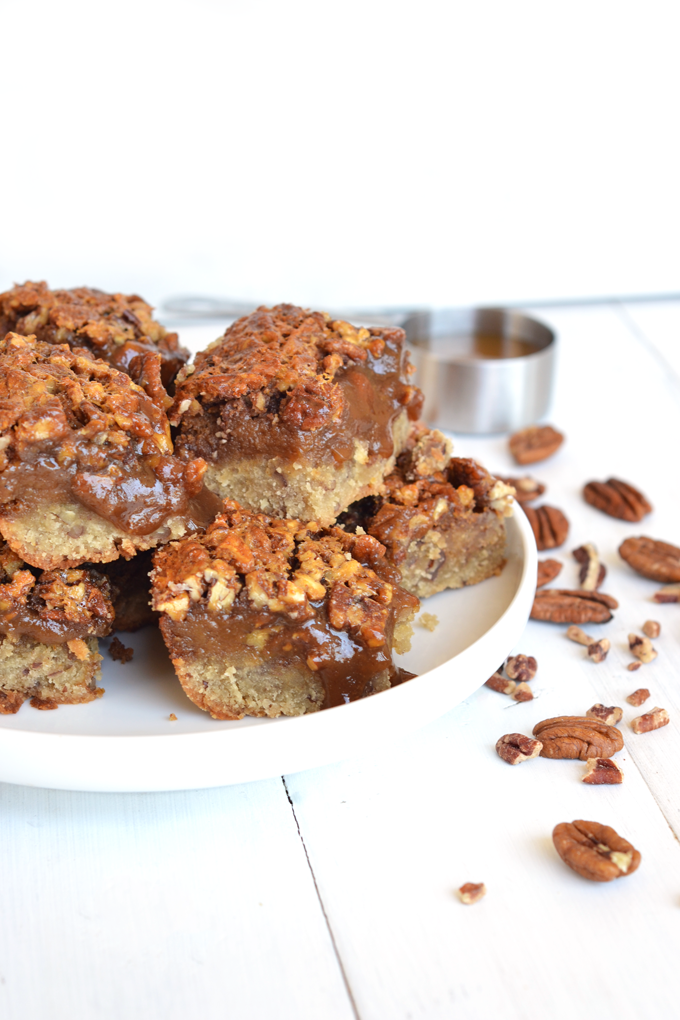 Bring them to your friends people!! 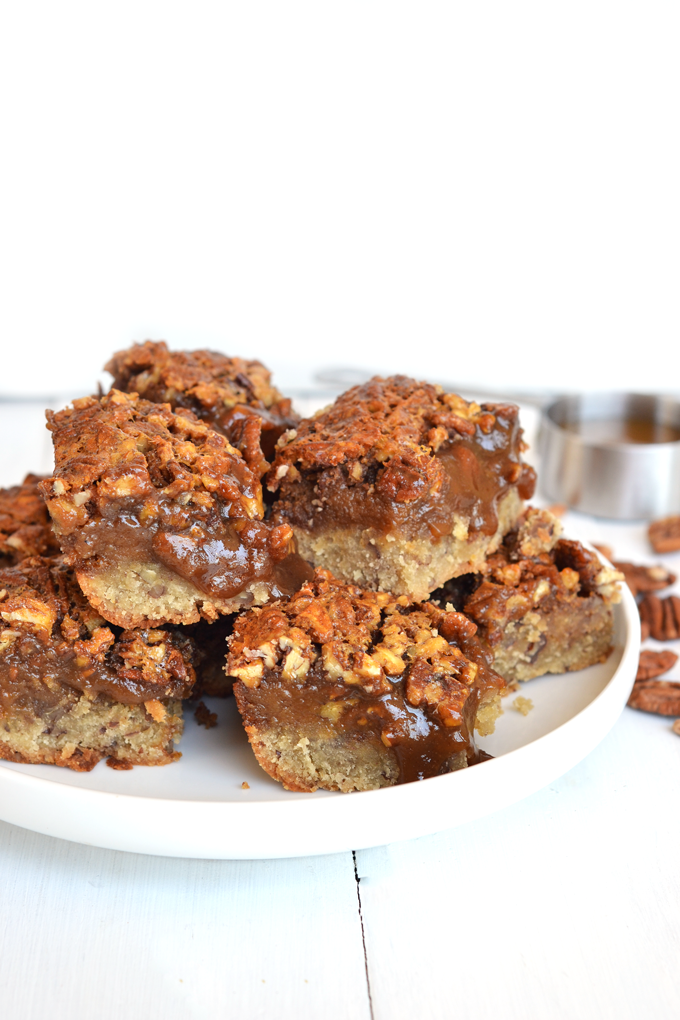 Slow Cooker Turkey Bolognese & Zucchini Noodles
Scroll to top
Your information will *never* be shared or sold to a 3rd party.