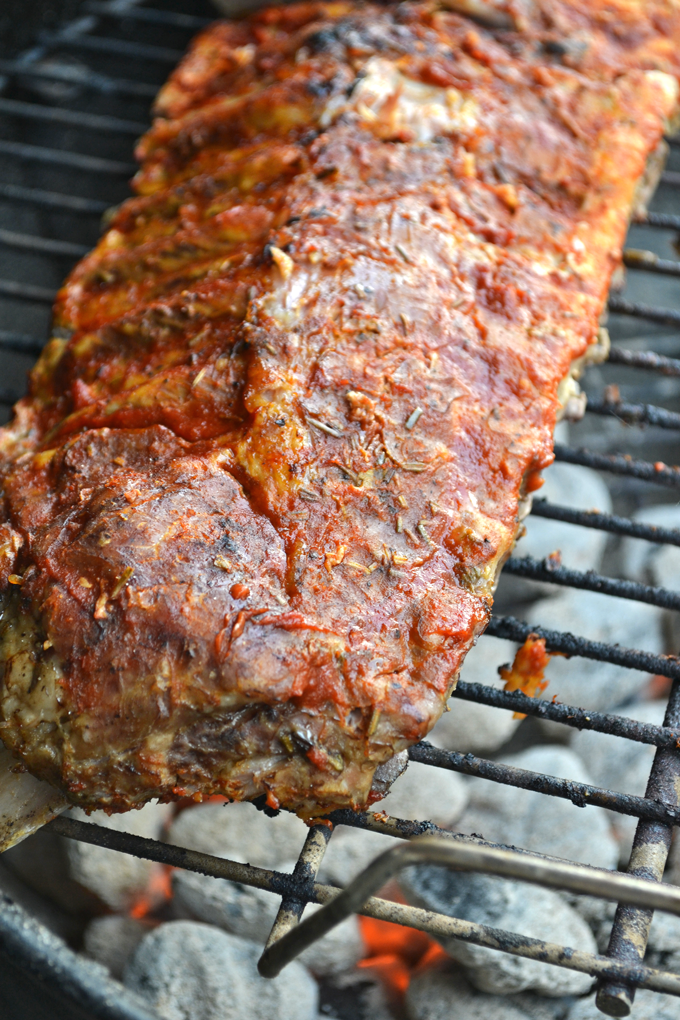 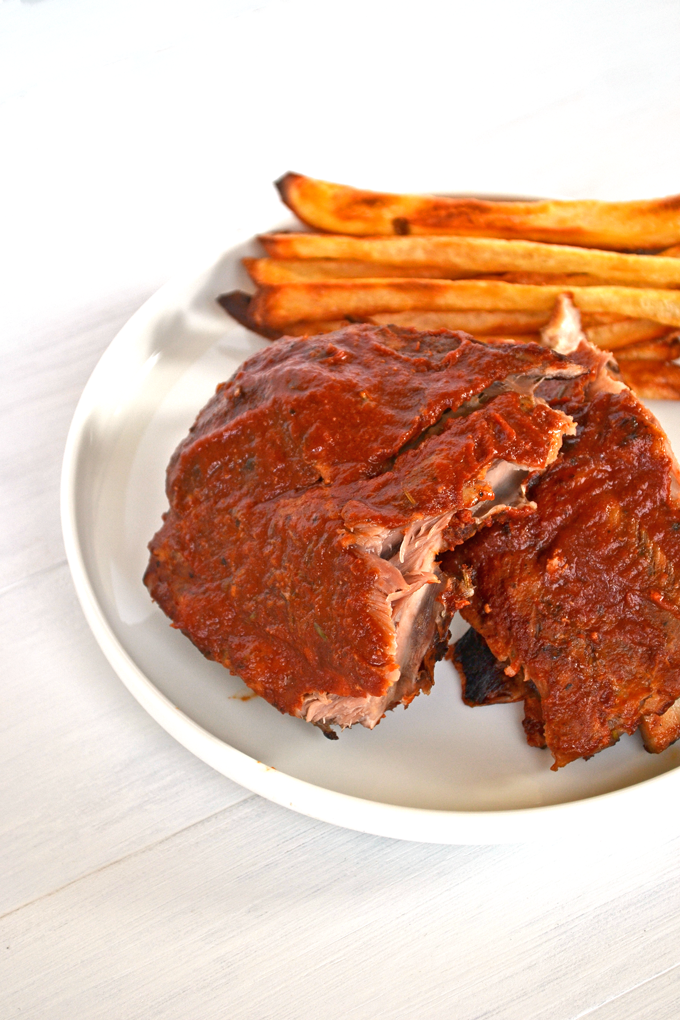 I have had the whole gamut when it comes to ribs in my 26 years. Both the best and worst happened within the last year.  There is nothing more devastating than biting into a rough and chewy rib.  Think I am being dramatic?  Maybe a bit.  But here is the story.

On March 28th last year, Matt and I got married. YAY! It was a joyous event and we were so excited to wake up the next day and get ready to go on our honeymoon to Punta Cana in the Dominican Republic. Our flight was a red eye into Fort Lauderdale, then after landing at 6 AM EST, we waited 6 hours at the airport for our next flight to Punta Cana.  Many mimosas were consumed.  We get into Punta Cana, take a sweaty bus to our resort… wait like 2 hours for the room to be ready… and finally check in.  After just about 24 hours of travel with minimal sleep, we decide to get dressed and head to “the best Spanish steak house” at the resort.  Of course we got the all inclusive deal so we were ready to CHOW down.  Matt ordered the ribs and was so excited. Do you see where this is going?  Well you are probably right. The ribs came and they were SO BAD. Like probably threw them in a 500 degree oven for 20 minutes bad.  It was appalling and I gave him some of my chicken.

Once you have had said bad ribs, you really appreciate great ones. Thats why I am making these Whole30 Ribs and sharing this with you so that doesn’t happen to you! 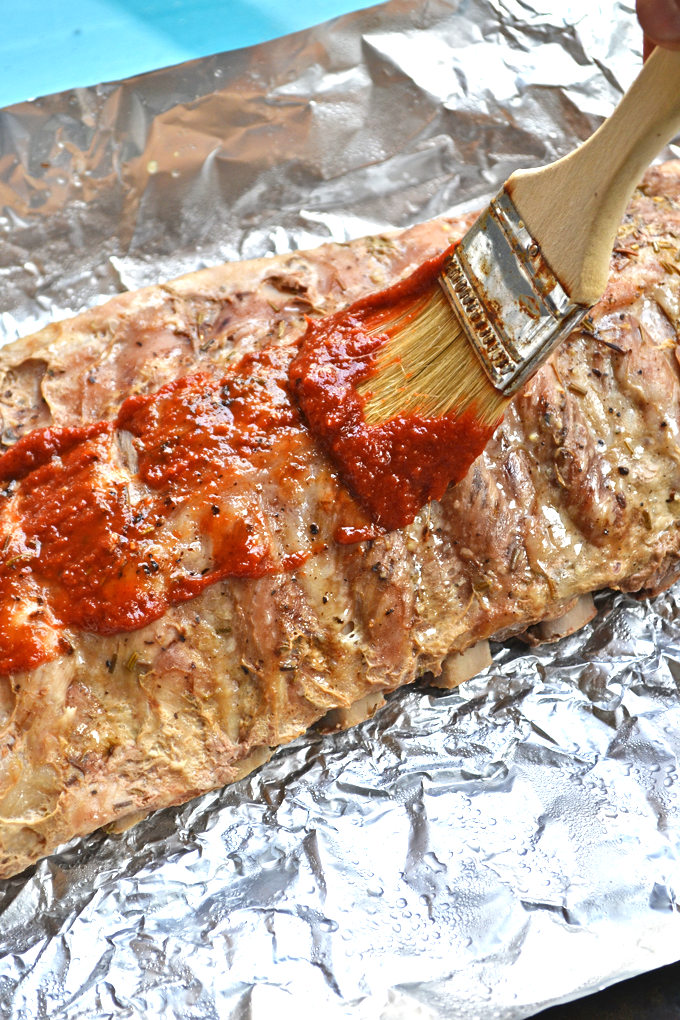 The best ribs I’ve ever had was just this past December.  Our friends Danielle and Jim were coming over to watch the Michigan State football game and Jim said he would bring the ribs!  He said they were already cooked he just needed to throw them on the grill before we ate.  We slathered them in BBQ sauce, threw the on the grill and they were done!  When he told me he had cooked them for hours on low heat in the oven that day, I was pretty excited.  Then we sat down to eat and I couldn’t believe how amazing they were! Just fell off the bone and had incredible flavor.  So I recreated the recipe and added a paleofied Whole30 BBQ sauce!   Just look at those bad boys! THANKS JIM!!! 🙂

I’m a BBQ sauce lover… and this stuff takes the cake! 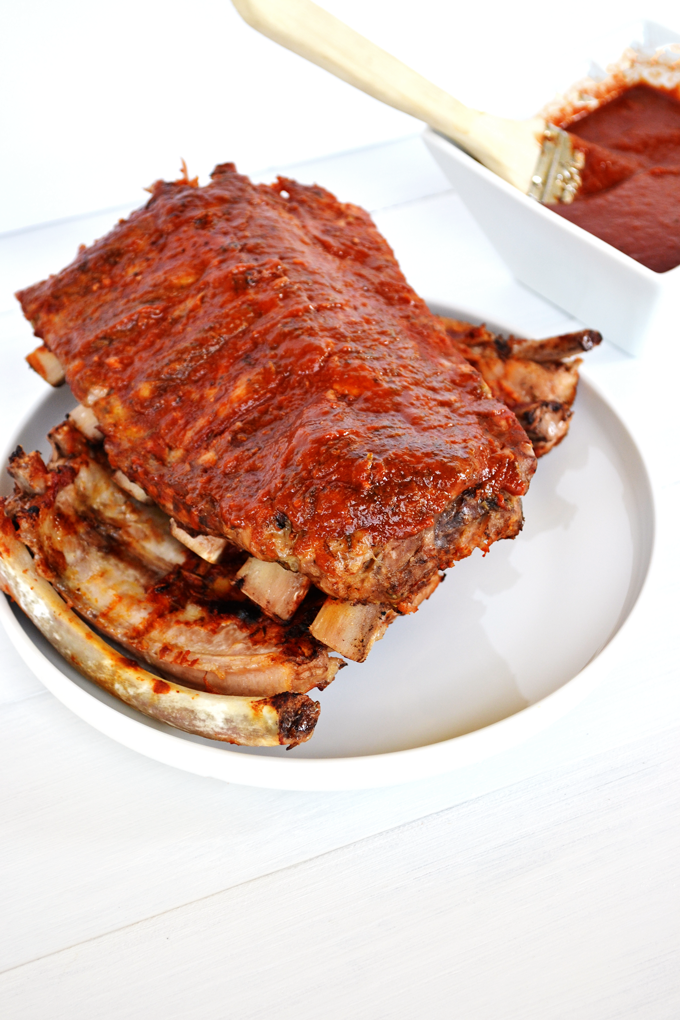 Do you see that!? Pin it friends. Whole30 Ribs!

These are a slightly healthier version of BBQ ribs because they are much cleaner being Whole30 and Paleo compliant.  Ribs are a good source of protein but also very high in saturated fat so you want to eat them in moderation.  What is great, is that you can indulge a bit with this Whole30 Rib recipe while doing a Whole30 or sticking to Paleo guidelines because these sauces are so yummy and are both compliant!  Dig on in!

My Whole 30 Experience: 3 Things I Learned
Scroll to top
Your information will *never* be shared or sold to a 3rd party.