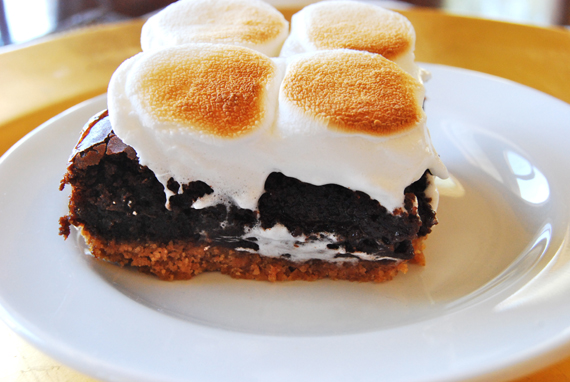 Sometimes I dislike Mondays.  And when I say sometimes I mean most times.  5 whole days until Friday? Its just not fair.  But I have decided that today will be a good day.  The week 2 weigh-in did not go well.  Time to get my ask into gear.  I blame these brownies.

I don’t always rave about things I make, but these are the BOMB. Get excited with me.  I would say that they are actually worth the little amount of food I am going to eat for the next week.  In order to get pumped for the week ahead I have to mentally go through what I will do in order to get PSYCHED!

Here is a list of 5 things that will get me through this Monday:

1) This video makes me happy!

2) I will do this workout at the gym, along with cardio.

3) Plan my lunches and dinners for the week from this list of 101 Simple Salads.

4) Think about my next DIY.  I want to make etched glass storage jars.

I will also be thinking about how tasty these brownies were.  Now I will start off with telling you that I tried to get fancy and add caramel, and it didn’t work out that well, so feel free to omit.

First start out by makin the same graham cracker crust from the Key Lime Pie.  Cook that for a bit to get it nice and stable so you can throw brownie mix on top.  I scooped out half of the brownie mix, then put it in the oven for about 7 minutes.  Then took it out and put a layer of caramel ice cream topping down.  Then the rest of the brownie mix.  This did not work out as I planned because the caramel began to swirl with the brownie.  But in the end, who is complaining about caramel swirled brownies? Not me. 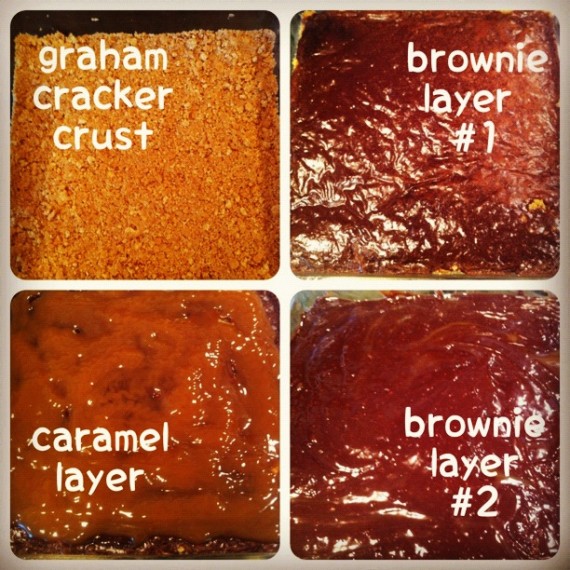 I also have something VERY important to tell you.  Every time I make a cake, brownie, or bundt, the thought of it sticking to the pan when I flip it over haunts my dreams.  It is an anxiety that you can’t help but have because it has happened to everyone.  Do i butter? Pam?  Oil and Flour? Non of the above!  I have discovered the holy grail of non stick.  Wilton’s Cake Release.  If you have the same fear I do, please go out and get some of this stuff, and you will rest easy when that bad boy is in the oven. 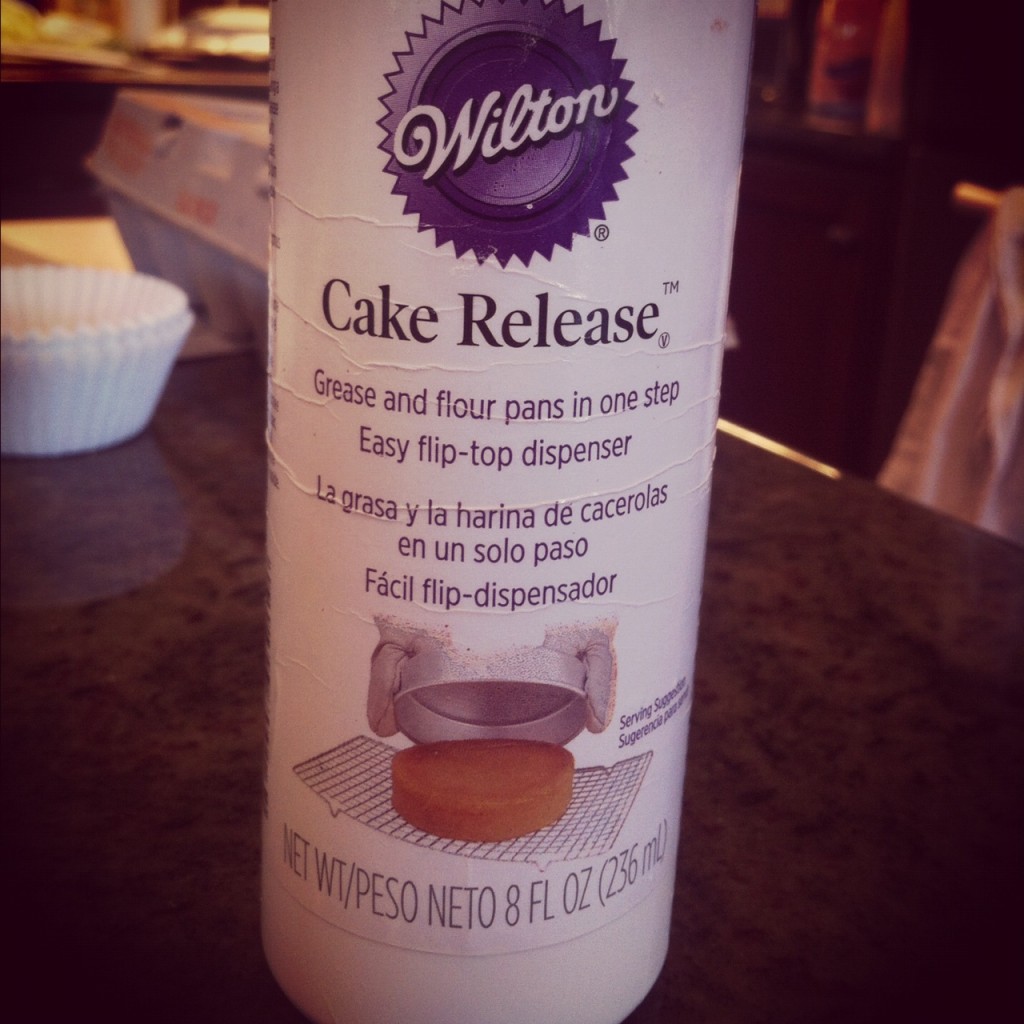 Once your brownie is cooked, take out of the oven and let cool for about 20 minutes.  Flip the brownie onto a cooling rack.  Then line a cookie sheet with parchment paper and flip it over again, from the cooling rack to the cookie sheet.  Cut large marshmallows in half and cover the top of the brownie. 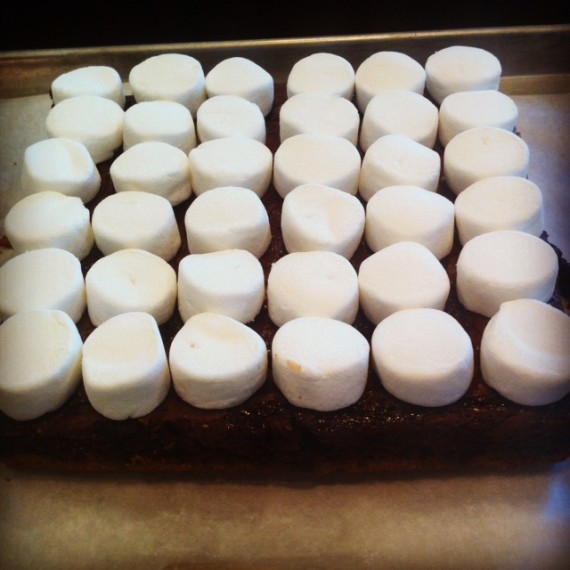 Then turn your broiler on  and pop them in the oven. Do not leave the marshmallows! Sit right there with them and don’t avert your eyes for a second!  I even kept the oven door open.  Just leave them under for about 15-20 seconds (depending on how hot your broiler gets) and take them out when you have reached golden brown perfection.  Once I took them out I pressed down on them slightly to make sure the brownie was covered completely. 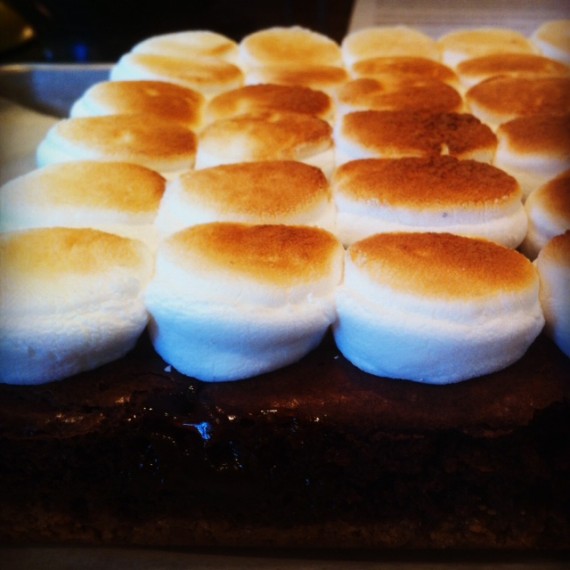 I also put them back in the oven once the broiler was off, for about 2 minutes, just to get the marshmallows nice and melty. Then just cut into pieces and eat!  I suggest spraying Pam on your knife before cutting so the marshmallows don’t stick.  Enjoy!

Preheat oven to 325 degrees.  Coat 8×8 pyrex pan with Cake Release, or butter and flour.  Crush graham crackers and mix with butter and sugar untill combined.  Pour mixture into prepared pan and press firmly down.  Bake for 8 minutes.
Prepare brownie mix per the directions on the box.  From this point you can choose to use caramel or not.  If you would like the caramel, scoop half of the brownie mixture over the graham layer and bake for 8 minutes.  Then layer the caramel on top, followed by the rest of the brownie mix.  Bake for 20-25 minutes or until a toothpick inserted comes out clean.
Let cake cool for 20 minutes then flip onto a cooling rack.  Line a cookie sheet with parchment paper and flip the cake from the cooking rack to the cookie sheet.
Cut marshmallows in half and cover the brownie.  Turn on broiler in oven and watch as they turn golden brown, about 20 seconds.  Take brownies out and lightly press down on marshmallows to cover brownie completely.  Enjoy warm!
June 4, 2012/1 Comment/by Kelsey
https://littlebitsof.com/wp-content/uploads/2012/06/Smores.jpg 382 570 Kelsey https://littlebitsof.com/wp-content/uploads/2018/01/NEW-header-1.png Kelsey2012-06-04 12:18:372019-01-16 11:00:46S'mores Brownies 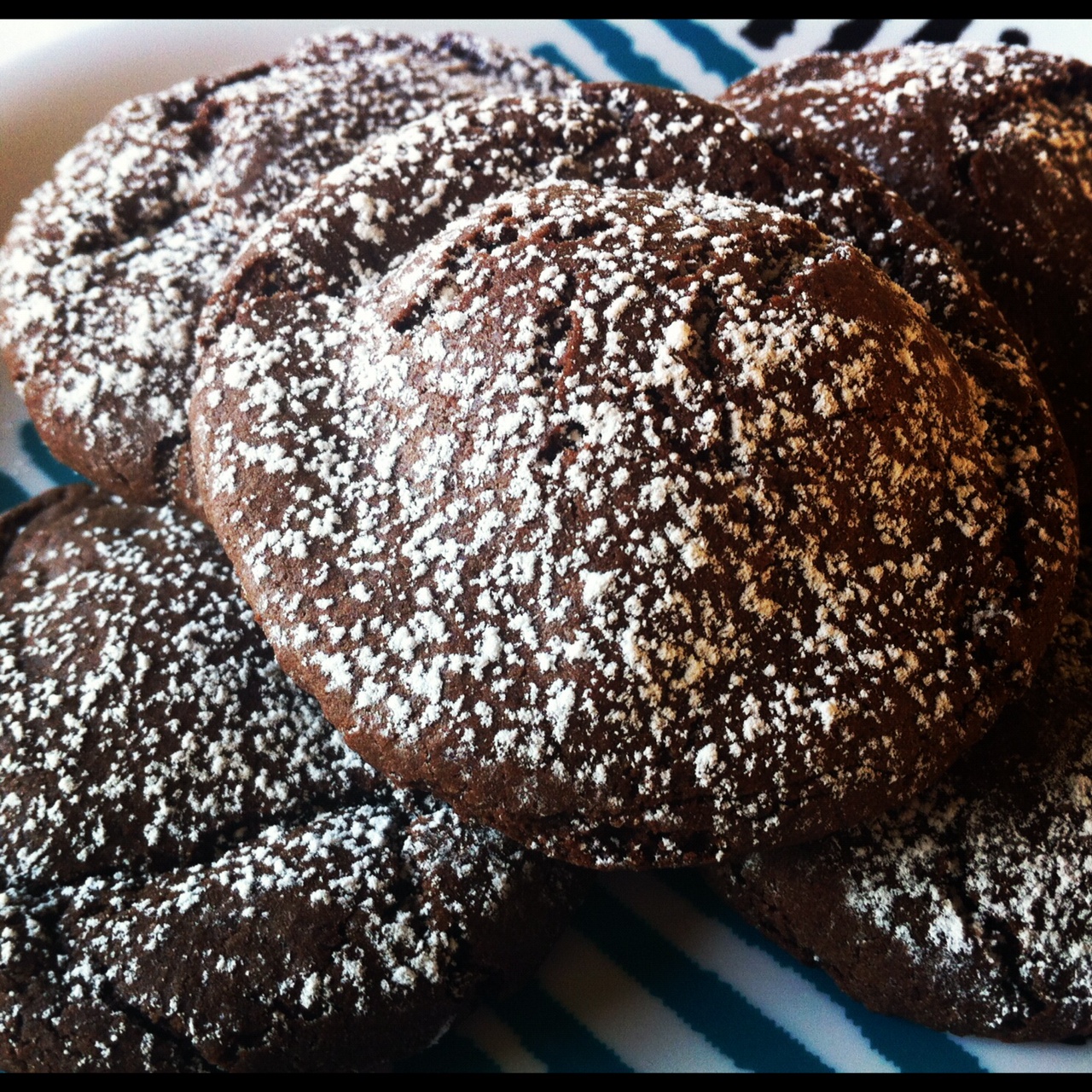 Maple Roasted Asparagus with Pecans
Scroll to top
Your information will *never* be shared or sold to a 3rd party.