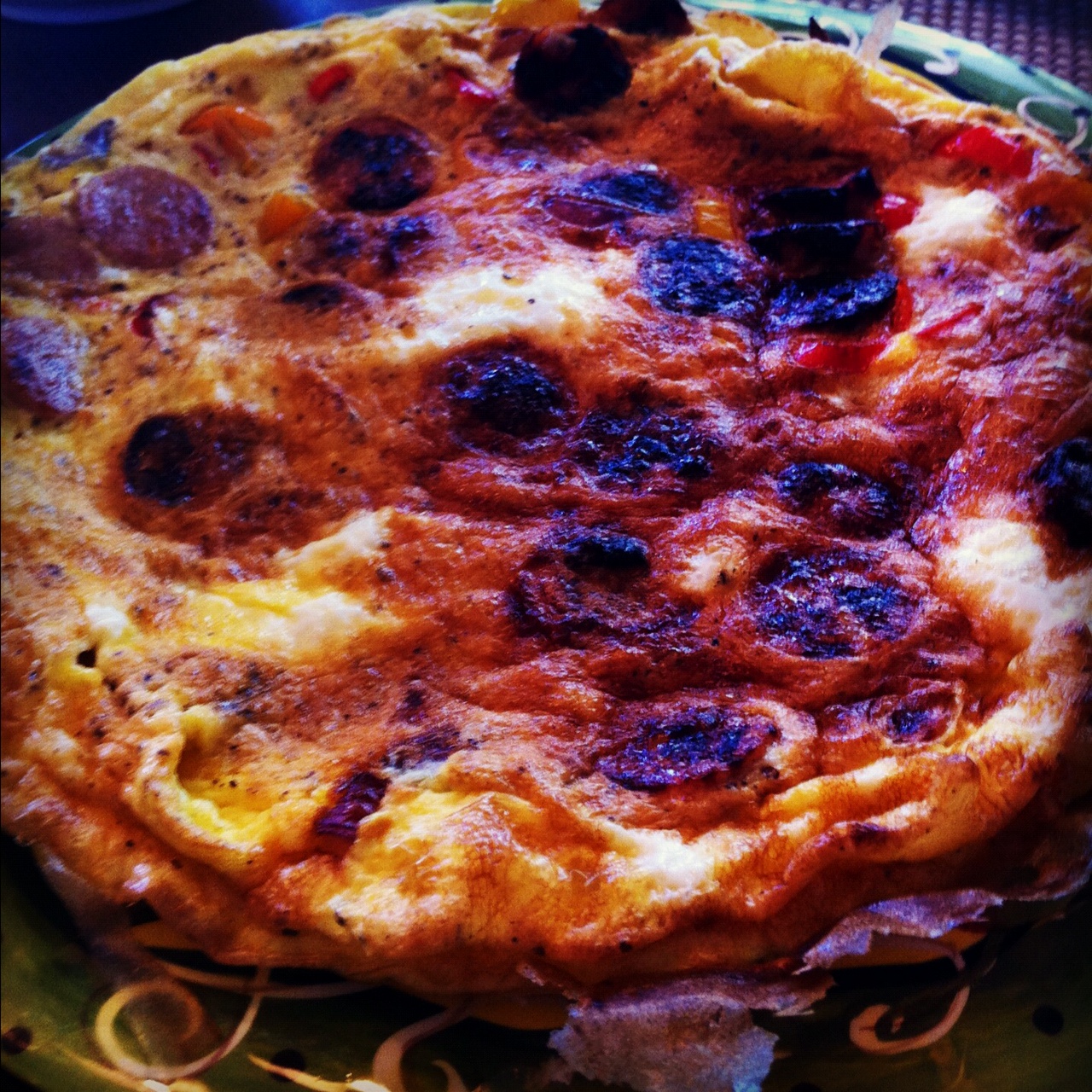 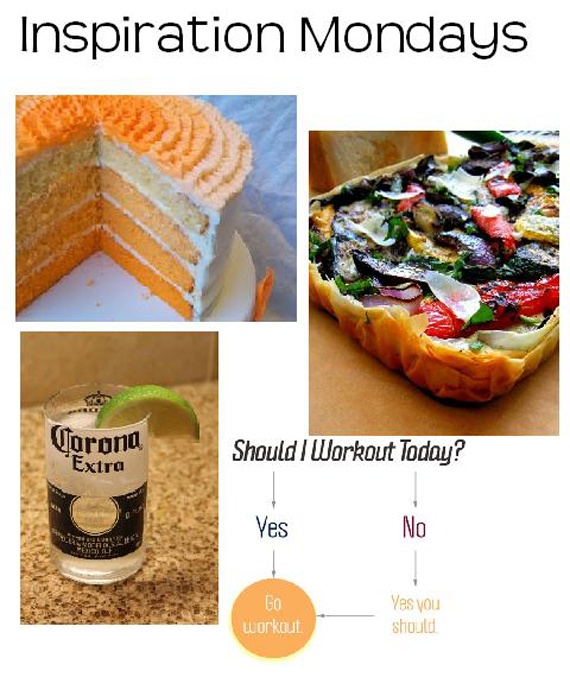 It’s time to get inspired people. I feel as though I am inspired daily, but it takes a lot to go from inspiration to reality.  That is one reason I love doing this blog.  If I tell you I want to do something, I will probably do it!  Remember last week when I said I want to try making etched glass?  Well don’t you worry, because I have tried! Twice in fact… but It hasn’t turned out perfectly quite yet.  I promise to let you know when it does though.  My inspirations this week are an orange creamsicle cake,  vegetable tart, cutting my own glass cups, and working out!  I can’t deny my love for food, so the treadmill and kettle bell are like the therapy sessions for that love affair.  Keeping me all together and sane.  Take my cookies from me and I am not a happy camper.

As I said yesterday, many meals were eaten this weekend, including a breakfast fit for my father. 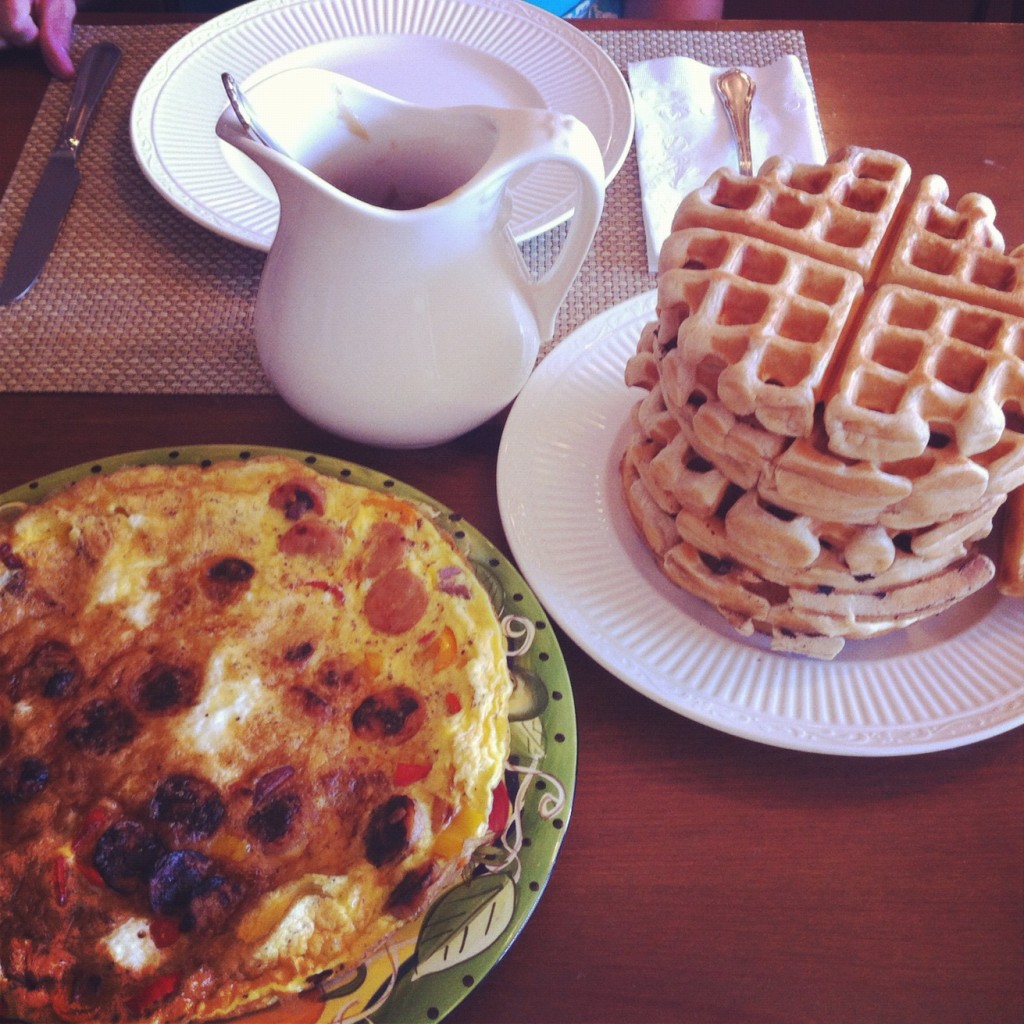 I whipped together a chicken apple sausage frittata and cinnamon waffles with a sticky bun sauce.  I called this post MYO (make your own) frittata, beacuse it can really be made with anything you have on hand.  We had chicken apple sausages, mini bell peppers and red onions.  I threw them into a pan with a tablespoon of butter and let it cook until the sausage browned. 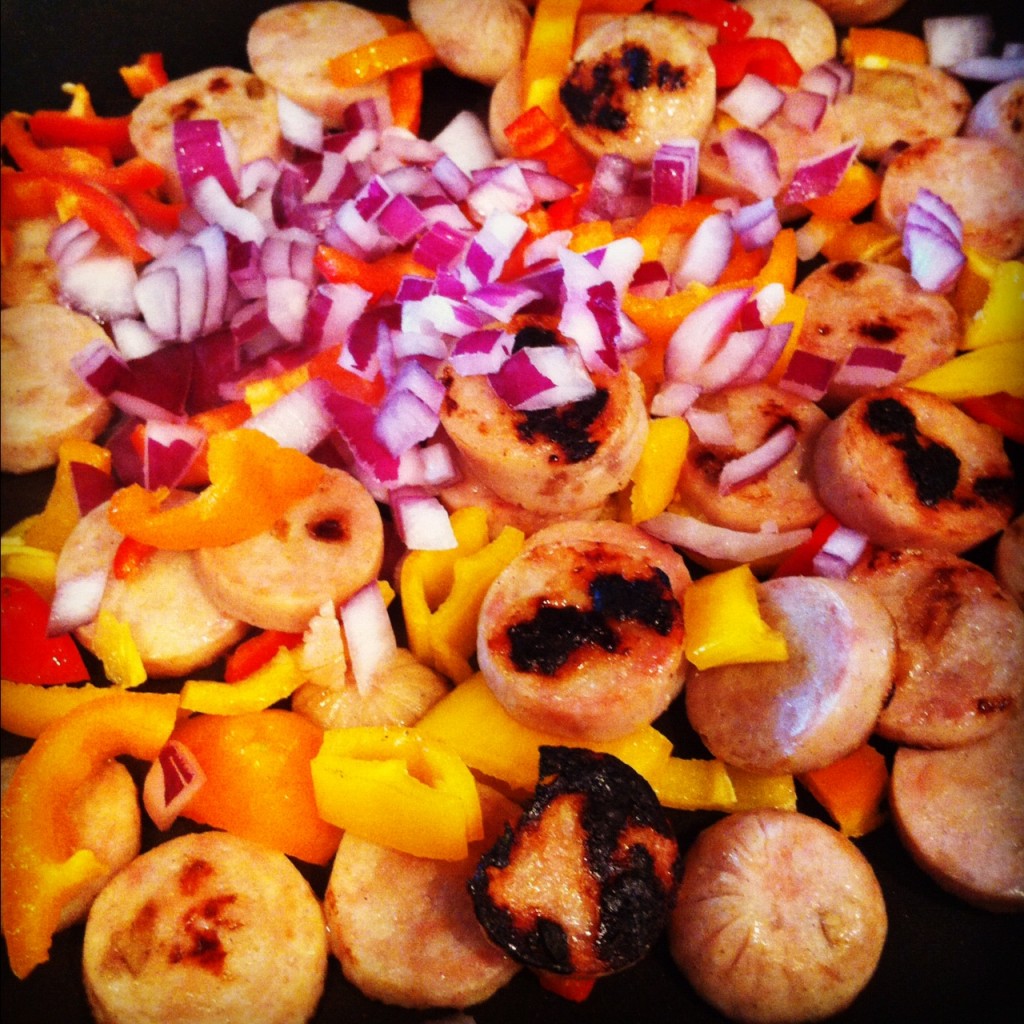 Then stirred together 8 eggs, about 1/4 cup of milk, and salt and pepper.  Pour the egg mixture over the veggies and sausage, and cook on medium heat until the bottom of the mixture is cooked.  Then I turned on the broiler in the oven and put the pan under for about 3-5 minutes, or until fluffy and golden brown. 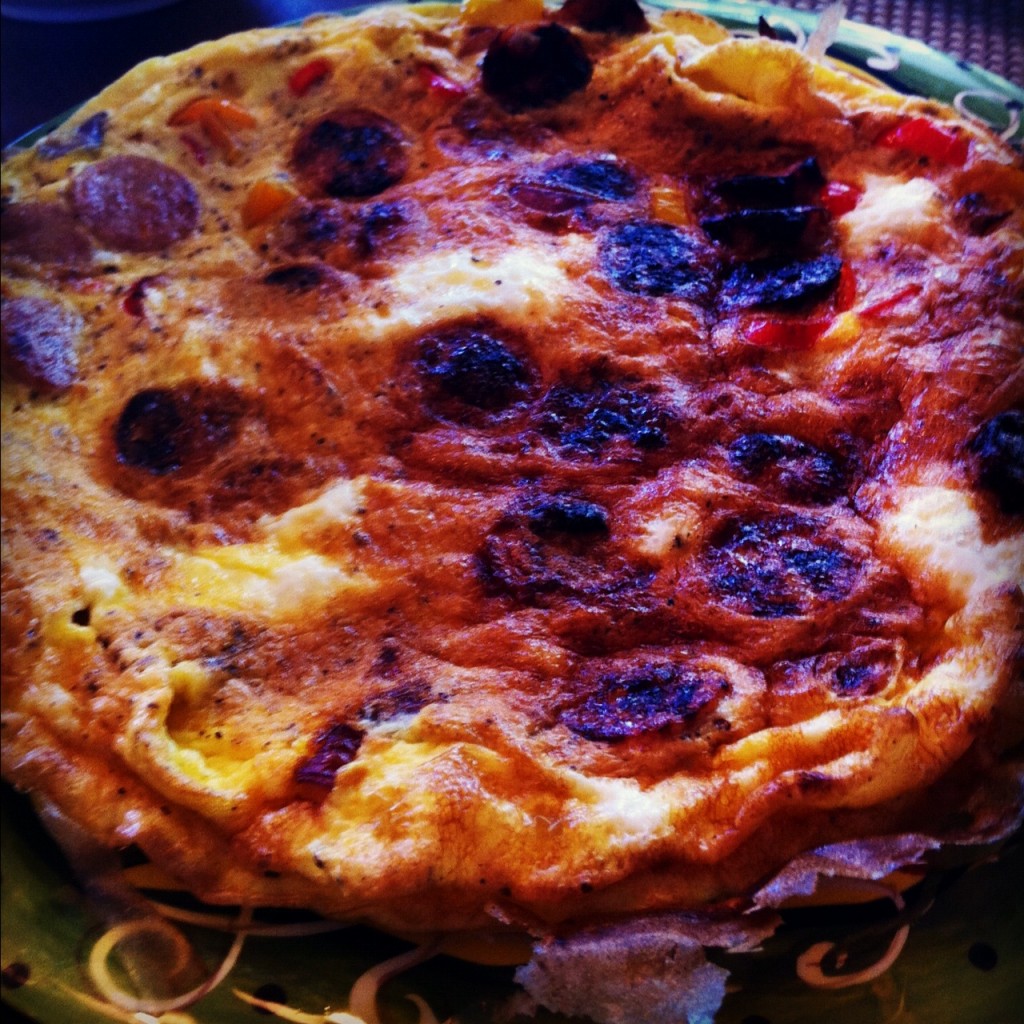 This might not look as appetizing as it is, but it was delicious.  Then I just made waffles out of bisquick!  I made a double batch, and added 1 tsp. baking powder, 1 tsp. cinnamon, and 2 tsp. vanilla.  For the sauce I cooked 1/4 cup of butter, 1/2 cup of brown sugar, and 1/4 cup of light corn syrup until the sugar was dissolved.  Then added 1/2 cup of chopped pecans and that is it!  I poured a little on top of my waffles and then added a little maple syrup too… 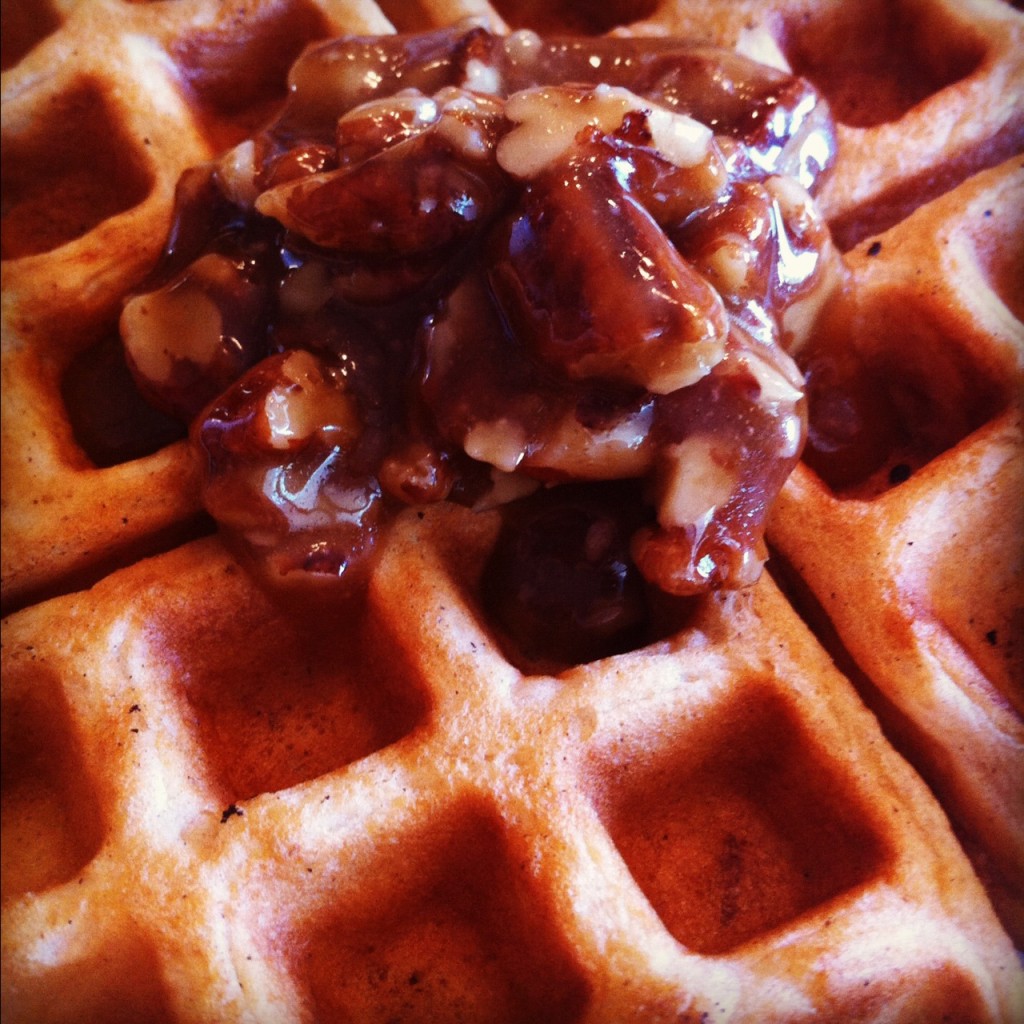 Look at those pecans filling ever crevice!  too good. 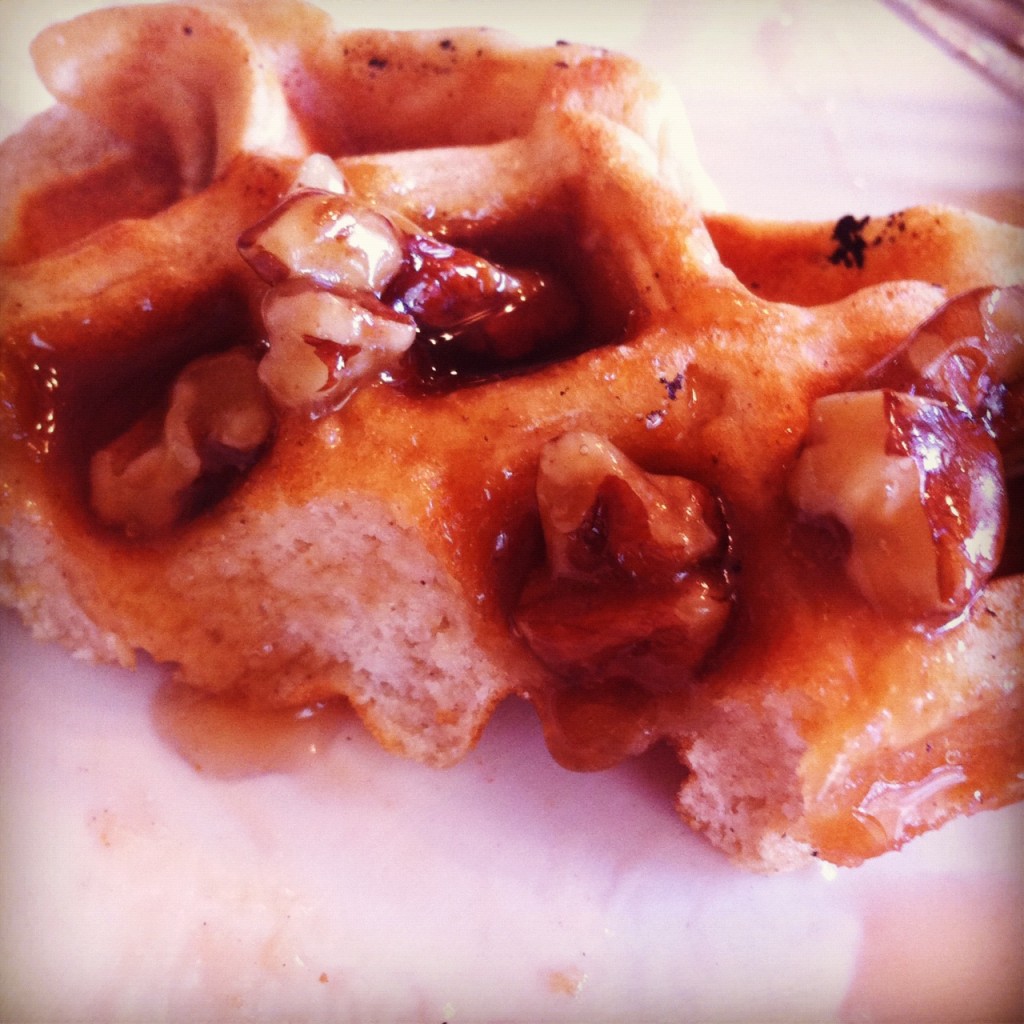 Pineapple and Roasted Red Pepper Salsa
Scroll to top
Your information will *never* be shared or sold to a 3rd party.