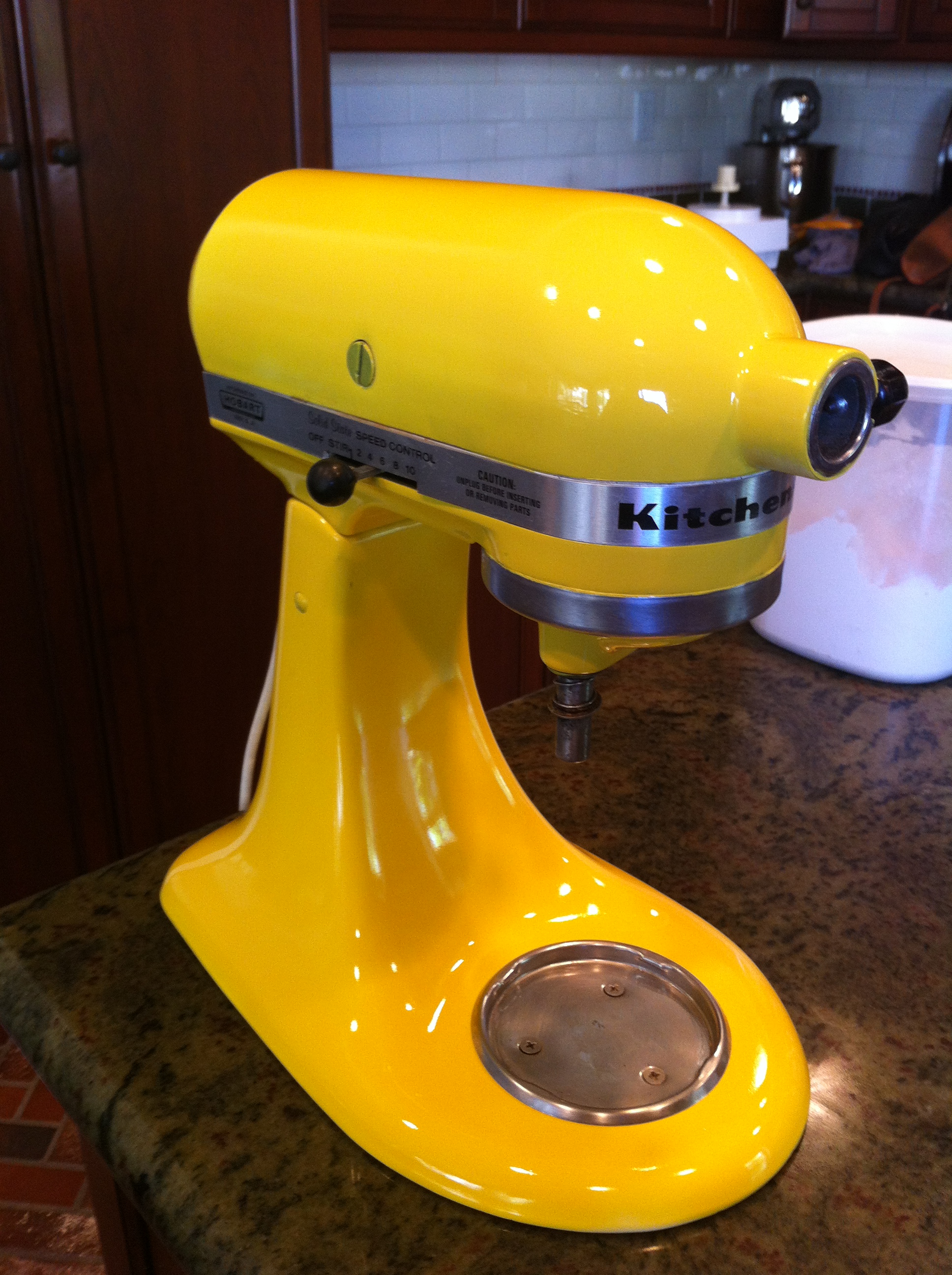 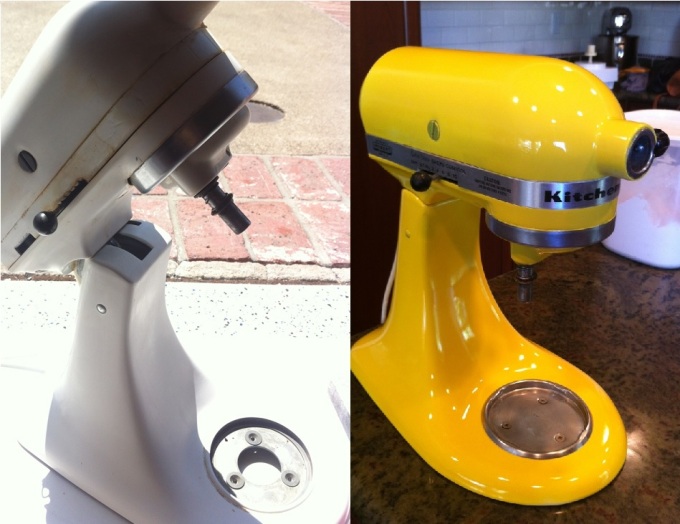 I love Saturdays.  Don’t you?  Saturdays with nothing planned, when you can look around your house and think, “what should I do today?”  Today was just that kind of day, and I have already done 2 things I’ve wanted to do for a while.  This first thing I did was paint my old Kitchen Aid mixer.  This mixer is over 30 years old and works like a champ. My parents got it as a wedding present and it reminds me of my childhood.  Then my mom got an awesome, huge, sturdy Viking mixer and it went into storage.  I rediscovered it when I got an apartment in college and it became my mixer. Now, this mixer was cute, and I was lucky to have it, but who doesn’t want a colored mixer like Monica had in friends?  Just me? Well either way I hadn’t even thought about painting it until recently, and now its all I could think about.

Therefore, an open Saturday meant I could finally paint it.  AND a perk of living with the rents is that they had paint and supplies galore, so it cost me nada.  My mom had recently bought some “john deer yellow” spray paint, and it was perfect. 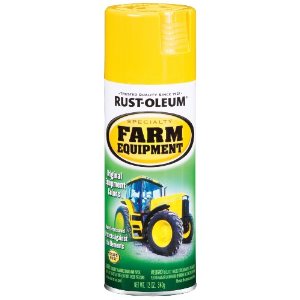 I apologize in advance for my lack of before pictures, and a couple of steps throughout, but I was in the zone!  I started out by cleaning it the best I could (30 years of baking can really build up). Then I took a hand sander to it and buffed it just so there was no shine, and took off all parts that I could. 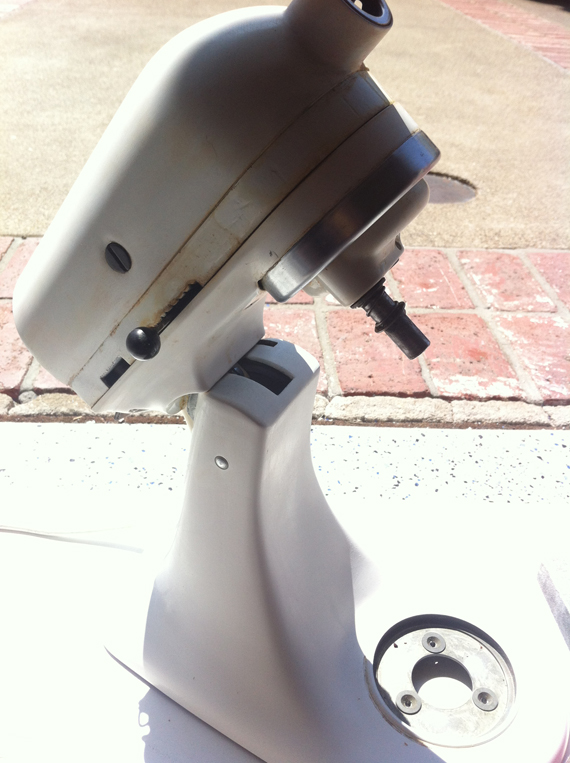 I took a toothpick around all of the crevices and picked off as much grime as I could. 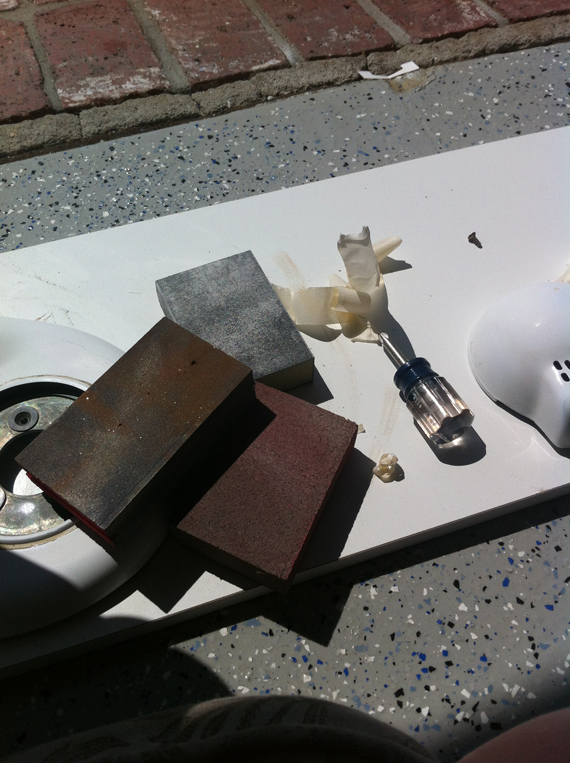 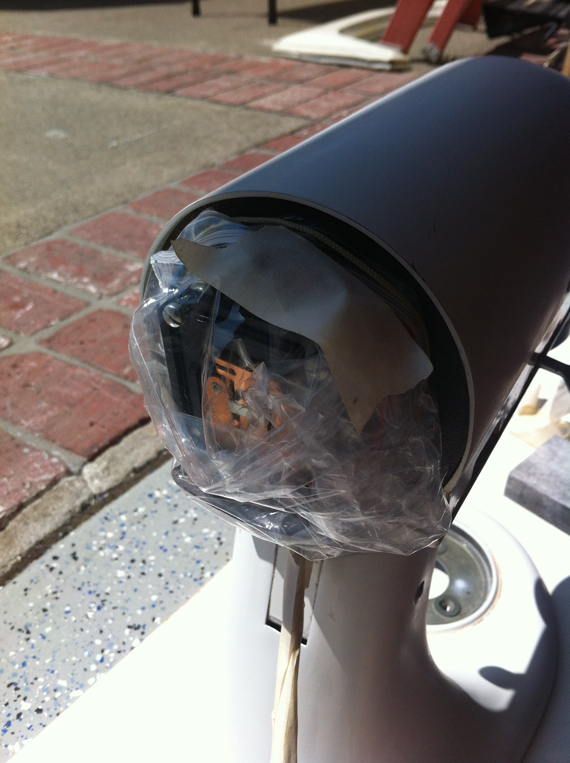 I then taped off all parts that I did not want to be painted, mostly just the metal parts and screws.  Then I was going to take a picture, and responded to a few text messages instead (whoops!).  Then I just started spraying.  Did I mention I love spray paint?  So easy and quick, and with a proper tape job it can make you look like you know what you’re doing!  Fantastic 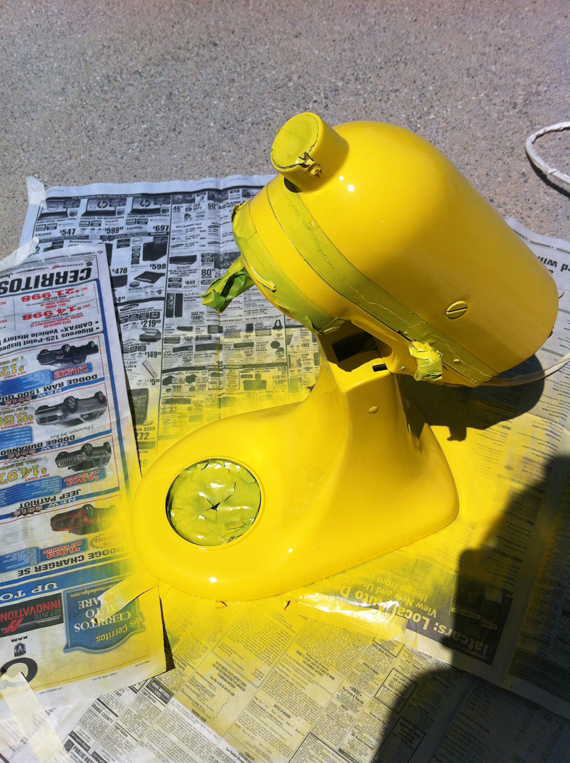 Then I just left it to dry for about 30 minutes (and tried to keep my dog from wagging her tail on it). After the wait, which I filled with my next project, I took the tape off and put the parts back together, and voila! Cutest. mixer. ever.  Just the pop of color any kitchen needs!! 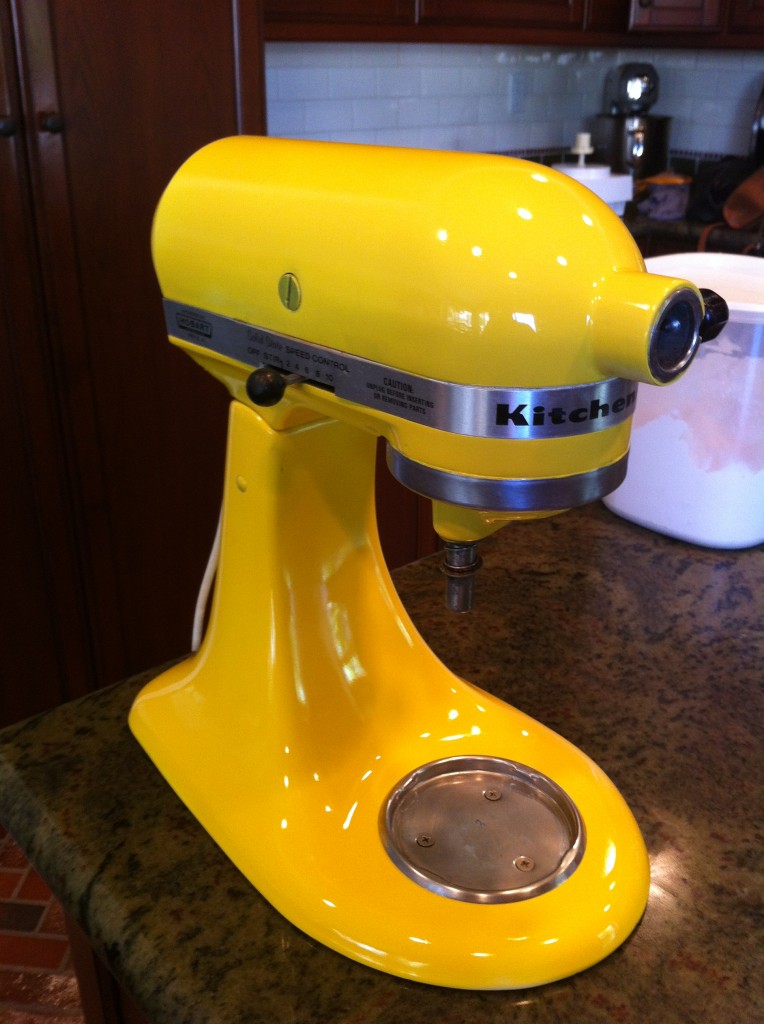 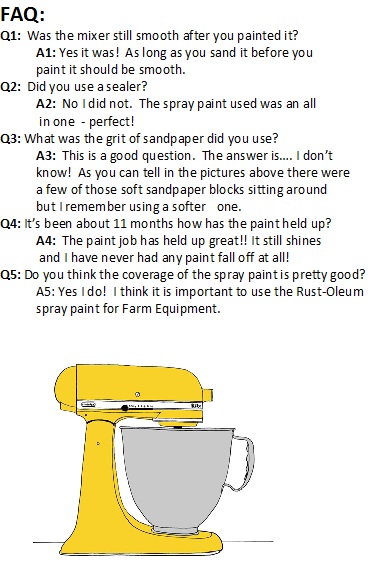 Rosemary Garlic Bread
Scroll to top
Your information will *never* be shared or sold to a 3rd party.